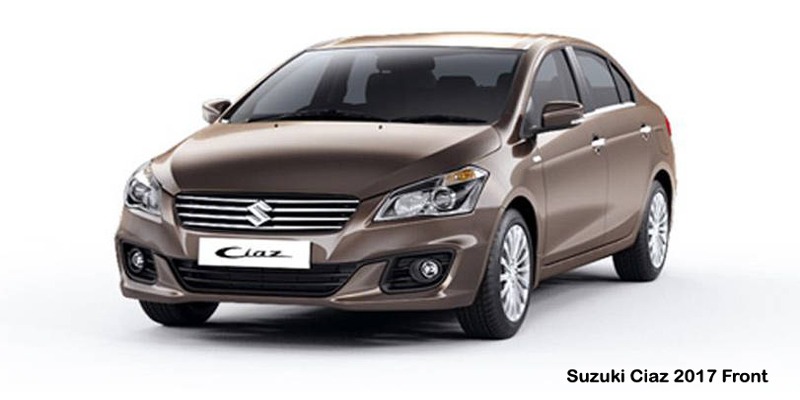 It’s been around about 7 to 10 years, there have been seen only small hatchback cars by Suzuki Company on Pakistan roads and there wasn’t any sedan that has Suzuki tag. But after long time of wait Suzuki company has decided to add a new member to its family, this time it is not another low budget hatchback car but a good priced sedan that will be powerful and more advance from all previous Vehicles of Suzuki. This new upcoming car of Suzuki Given a name Ciaz that has modern design and advanced features embed. Its big bold design wil challenge already existing cars of Toyota and Honda.

This New Suzuki Ciaz 2017 is known to be a fuel efficient car that gives 19.12 Kilometer per liter on Petrol Whereas 28.09 Kilometer per Liter on Diesel. There hasn’t been seen so many Ciaz on roads because people will take little time to accept a sedan from Suzuki Company after such long time. From old surveys it’s been seen that in the Start Suzuki Sales graph goes down with new car that increase with passage of time. Now we have to see how much tough time this will give to other companies and will it be able to make its place among pakistan’s good sedan’s??