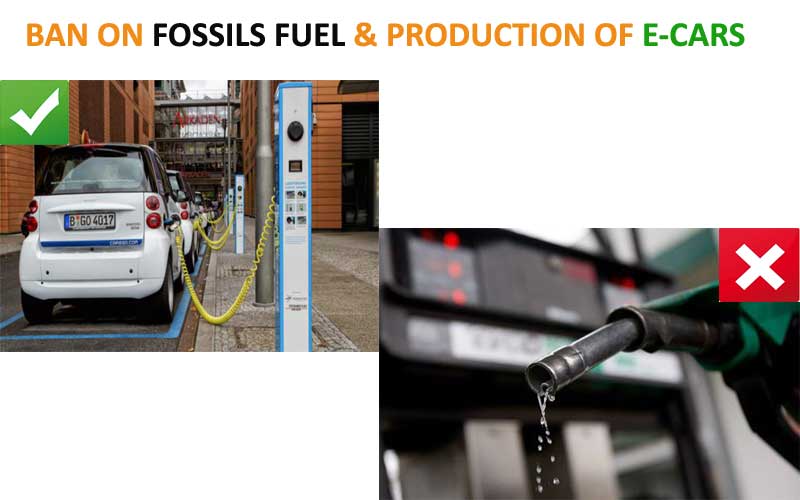 September 28, 2017
Posted by: fairwheels
No Comments

As all of you know future is completely for electric cars but measuring exact year was not possible  but now we can say that in next 22 years there will be no petrol cars on road. Why we are saying this, because some of the biggest vendors and countries are working together for production of electric vehicles and for saving our environment.

World biggest market for production and selling of vehicles is china but now there is going to be a big change in china, As china already manufacturing large number of Electric vehicles but now they are going to ban Production of Diesel and petrol cars to control over pollution in Beijing. China has set the time frame of next 22 years to become country with Electric Vehicles only. China is not the only country that made this announcement but France and Britain are on same way. These policies have not implemented yet but in coming future these will become law. Development of Electric vehicles will surely deliver great positive impact on our environment. Question is what possible effects pollution does??

Health is not the only issue because of which all auto industry is shifting toward electric vehicles but there are some other important factors that are imposing them to shift as soon as possible like,

Which companies are working on E-Cars??

According to reports Volvo Company is working to introduce 100 % Electric vehicle in China before the end of 2019, another strong vendor ford also working on same mission to make its all vehicles hybrid or give them option for electric until 2025.

China and USA planned for 2040 but Scotland is 8 years ahead of both and going to phase out Diesel and Gasoline cars by 2032. This is not it by Scotland but it is already preparing for coming future by doing massive expansion to charging points for more frequent adoption of E-cars. Another plan of Scotland on which it is working is making of A9 (Scotland first fully electric enable road).
Future is of Electric Vehicles and we can only hope  this to happen  as soon as possible.