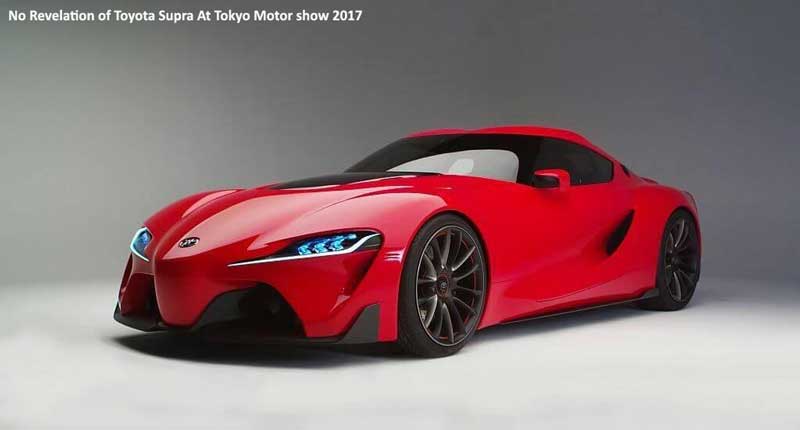 October 28, 2017
Posted by: fairwheels
No Comments

In the world of racing Toyota Supra has a well known name, Toyota company was started its production in 1978 that stopped in 2002 but Now Toyota again coming up with New generation of Supra under Gazoo brand that is the performance wing of Toyota that manages both Japanese car makers and motor also motor sport activity including World Rally championship and World Endurance Championship. There are number of chances that Toyota Supra will unveil in spring 2018. Some important aspects about Toyota Supra include the development of Chassis and Drive train with collaboration of BMW and its fourth coming Z4. Toyota Supra performance benchmark set to be high at the level of BMW M3, MR and Porsche 911.

This new Toyota supra going to adopt some most important aspects from last generation like curve styling and fine handling characteristics. One other News related to supra is a highly camouflaged version of Toyota supra being spotted during testing in Germany. Tohou also confirmed that Toyota engineers have been developing the car alongside BMW Colleagues. No more details about supra has been unveiled leaving that supra will have 600 horse power. Everyone Expectation was that supra will unveiled at Tokyo motor show 2017 but looks like it will take more time to reach production version. As date has already been given by Toyota so there are maximum chances that it will shown at Detroit Auto Show in January.