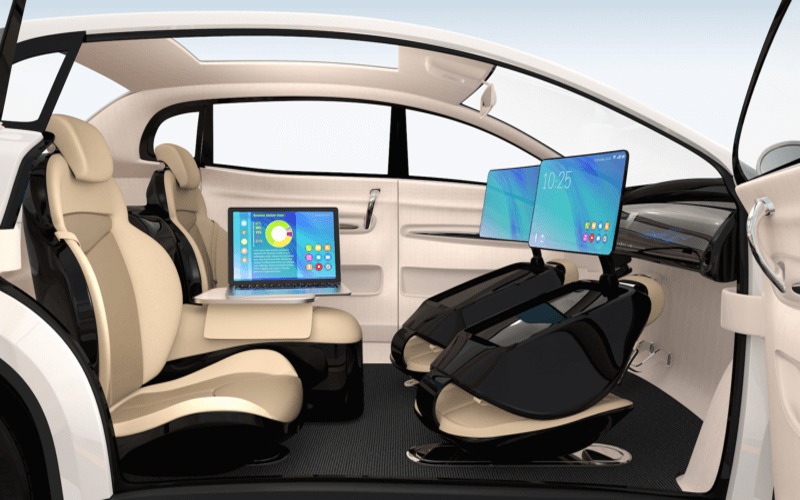 January 14, 2018
Posted by: fairwheels
No Comments

Finally the race between automakers for autonomous vehicles entering into final stages and it seems lots of manufacturers are near to complete their first autonomous vehicle because recently General Motors announced to launch their driverless vehicle without steering & paddles in 2019. All the issues related to driverless journey must be removed because GM Company has filed a petition with Department of Transportation to get permission by government for using their autonomous vehicles on public roads. This 1st autonomous vehicle of GM has given a name “Curise AV” and it will based on Chevrolet Bolt EV self driving Platform. Autonomous technology for GM is being developed by a Detroit based automaker that was owned by Company 2 years ago. This Cruise AV will be used as ride hailing in the start for San Francisco and Phoenix areas only. In the same old way customers will use mobile application by company to call & use this service, customers will able to control climate & entertainment settings of vehicle using same app.

To make this vehicle secure on public roads by avoiding crashes and traffic congestion there has been use 16 cameras, 5 lidar sensors & 21 radars, this vehicle has been made to interpret its surroundings, predict multiple paths & respond quickly in all circumstances. All cruise AV’s will learn surrounding environment & share knowledge data among each other by using same database. Another important work done with Cruise AV’s is the installation of multiple components so if one fails other will used instead without any interruption in service. Let’s see if USA government will allow General Motors to run their autonomous vehicles on road & if this ride hailing service by GM will gain success, keep visiting fairwheels.com to stay up to date with all news of automotive industry.