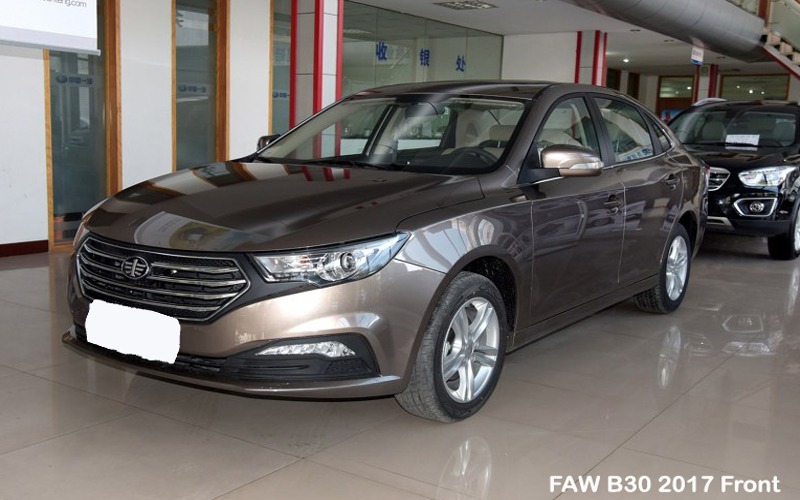 After little success with FAW V2 VCT-I company FAW understand that Pakistani markets are among one of the emerging markets with respect to cars and Automobiles. With low price tag FAW V2 was able to make a nice impact even having lot of competitors like Suzuki, Toyota and Honda importantly. Now FAW Company is planning to introduce its new car under name B-30 for year 2017, this will be first sedan or entry level sedan by FAW in Pakistan. This FAW B30 looks like to have a little close relation with Volkswagen PQ32 which can also be considered as Breaking PQ32 into FAW because both of these have quite familiar looks. The biggest car producing group of the world “Volkswagen” also has its contribution in upcoming FAW Sedan.

This upcoming Sedan has 1.6 Liter four cylinder engine that is being developed by Volkswagen group. This engine will work using gasoline to produce 155 Nm peak torque with 109 BHP.  It will consist of famous Euro II technology and will work either using automatic Transmission or Five speeds Manual Transmission, According to my personal observations both will work better with 1.6 Liter Sedan car.

As by seeing the last FAW V2 that was the most equipped car as compared to other competitors of same level this will not be wrong to say that FAW company introduce new standards to existing Brands in Pakistan. As all of you will be aware that Chinese Manufacturers always try to give car with low fuel consumption so expectations from B30 2017 are same.

This upcoming B30 will have more modern high profile features that can be predict by watching old FAW V2 VCT-I. There is a list of features we have gathered for you that have high expectations of presence. Other than features given below there are some other important features with respect to security and safety;  this car expected to have those that usually found less in Pakistani cars even among high brands like Toyota and Honda that didn’t care much about these features. Some of the safety features that will be added are Drive passenger curtain airbags, Anti lock braking system, Reverse camera and Parking sensors.

Expectations from this car are very high because this is a low budget car that can be proved nightmare for other companies and can also become a reason for reducing prices.