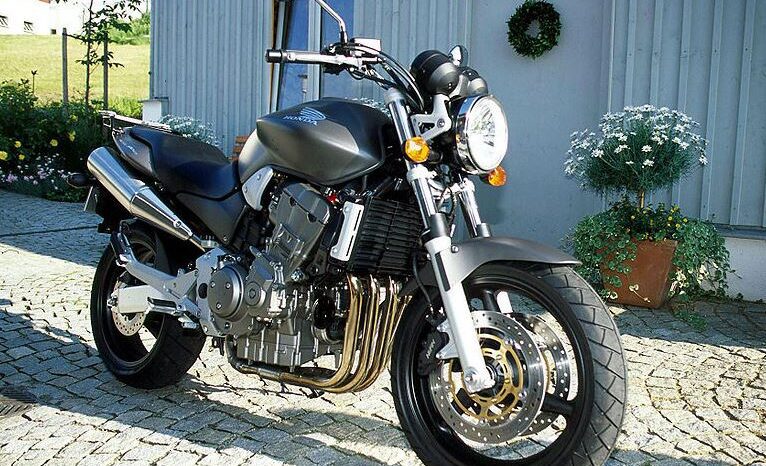 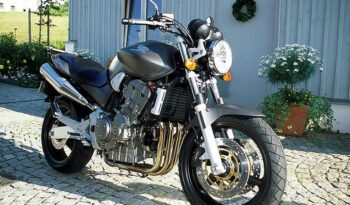 The Honda CB900F was available in two iterations, and the 1st generation went on sale from 1979 to 1983 while the 2nd generation was available from 2002 to 2007. It was called 919 in North America and Hornet 900 in Europe. The Honda CB900 was ended in 2008, and Honda CB1000R replaced it. You can purchase the 2nd hand Honda CB900F from nearby retailers. The Honda CB900F was a sportbike, providing performance like a cruiser, and it was one of the most loving sportbikes. Let’s talk about the features and specs of the Honda CB900F that make it the best-selling sportbike in Europe and America. Both the generations of Honda CB900F have 4-stroke engines and an attractive design. The 2nd generation Honda CB900F has a sportbike engine and has a more comfortable upright seating position. It was called 919 in North America instead of Hornet, as in Europe because the Hornet name was acquired by the AMC Hornet cars. The Honda CB900F’s design was created by Dirk Vandenberg, the American Honda R and D chief product. It had removed fairings and had tubular handlebars. The Honda CB900F’s price was high in America, compared to the European market, because it had to be imported to the United States from Italy against Euro exchange rates. Despite its high price, it was in demand by the customers. The only fault we could find in the Honda CB900F was its rear disc brakes that were too large and wide in diameter and could overpower the wheel. The latest Honda CB900F includes twin-piston calipers brakes, a more robust cam chain tensioner, modified forks, and Comstar wheels.

The Honda CB900F gets its power from a 4-cylinder, 4-stroke, 16-valve DOHC 901.88cc engine that generates a maximum of 95 hp of power at 8500 RPM and torque of 43.6 lb-ft at 7500 RPM. It offers a 5-speed chain transmission and a 35-millimeter telescopic forks suspension at the front and twin shock at the rear. The braking system consists of a twin-piston caliper at the front and the back. The suspension of the previous generation had some problems, but the 2nd generation comes with an upgraded suspension, having an adjustable fork that provides a smooth ride. The ride quality is pleasant and is a street fighter with confident handling. It runs smoothly, even at higher speeds. Unlike other bikes that become uncomfortable to ride over 85 miles per hour, Honda CB900F seems more relaxing and offers the quick and light steering that makes turning fantastic even in race tracks. The Honda CB900F has a classy chassis and has a great motor that delivers efficient performance. It provides fair handling and makes the ride thrilling. The 5-speed transmission has a sweet-shifting gearbox that delivers a smooth ride. The lightweight Honda CB900F stands well in its competitors like Yamaha FZ1, making handling more effortless, and the high handlebars make turning quick and more manageable.

The fuel capacity of Honda CB900F is impressive, and it consumes 6.11 liters of fuel in providing 100 kilometers of mileage with a fuel tank capacity of 20 liters and 2 liters reserve capacity. It gives a top speed of 230 kilometers per hour.

The design of the Honda CB900F is attractive and comes with a steel frame with a square-tube backbone. A cartridge fork supports the wheel in the front, and an aluminum swingarm carries the weight at the back. There is an analog speedometer and tachometer that shows clear images. The wheelbase is 57-inches, and the seat height is 31-inches, which is enough for a comfortable ride, so you can rest your feet on roads when stopping at traffic signals. The rear wheel is wide and looks much sportier. The front mudguard is shorter and elegant, and there are no turn signals prominent while the two horns are visible on the front fork. The metallic color scheme with accent stripes look beautiful, and the boxy lines make the bike look catchy to everyone. The fuel tank has attractive stickers and it bends together beautifully with the bodywork, while the tailgate has the shape of a tail that makes it look more stylish.

The Honda CB900F was one of the fastest bikes of its time, and it is why the customers love it. It is loved for long-route journeys because it is much more comfortable at high speeds. The build quality is also good, and the value for money is also exceptional, as it gives you all the features and outstanding performance at this price. The customers also love the handling and fuel efficiency of the Honda CB900F, but its suspension is not so good compared to the newer models of Honda. The maintenance value of the Honda CB900F is also high, but its spare parts are available readily at all retailers