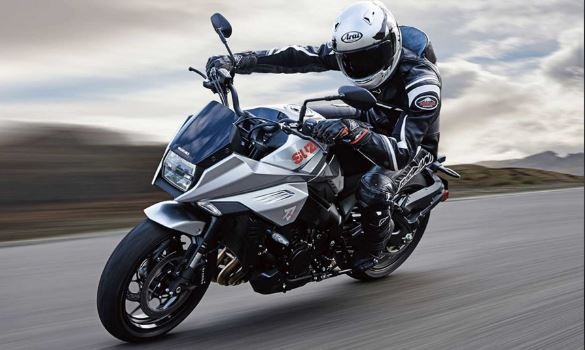 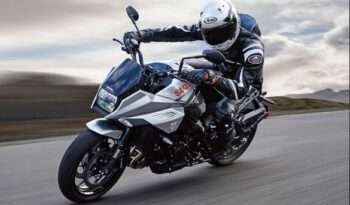 Suzuki is the leading giant in sports and touring bike category. The motorcycle’s name has been derived from the Katana Japanese sword which symbols a single-edged curved blade with a long grip for two-handed use by the samurai. The original Suzuki Katana was released in 1981 as a GSX1100S that was designed by BMW’s ex-chief of styling Officer Hans A. Muth. So Suzuki reaches back all the way to the early ’80s for the design and inspiration behind the new 2020 Katana. After other high-performance models were introduced, including Suzuki’s own GSX-R line, the Katana’s sport attitude faded away. For 2020, the Katana name returns with no sport-touring intentions in mind, but rather a sports naked motorcycle streetfighter category stated by Suzuki Chief Engineer Satoru Terada.

The 2020 Katana is powered by the very famous K5 GSX-R1000 engine  modified, street-tuned 999cc, liquid-cooled, DOHC in-line four with a 73.4 x 59.0mm bore and stroke. The longer stroke allows the Katana to produce more torque at low rpm, which has been used in the GSX-R lineup from 2005-2008, and is the perfect pick for this motorcycle’s comfortable streetfighter category. The Katana’s engine produces a 150 horsepower at 10,000 rpm and 80 ft/lbs of torque at 9500 rpm, is tuned for supreme street manners, which was obvious from the first twist of the throttle a 6-speed gearbox and a slipper clutch.

What makes it Better?

The bike also comes with stout twin-spar aluminum frame and cast aluminum swing arm and a three-level traction control system which can be turned on or off as desired for a more to a less aggressive setting, depending on the riding conditions. New throttle cable geometry will help make accelerations on the Katana less brutal than witnessed on the Suzuki Gixxers and a low rpm assist system will keep you from embarrassing yourself at take offs by avoiding a stall. The four cylinder exhausts through a 4-in-1 exhaust pipe system meant to reduce the noise. The model’s footprint is the same as the GSX-S1000F with a total length of 87 inches. 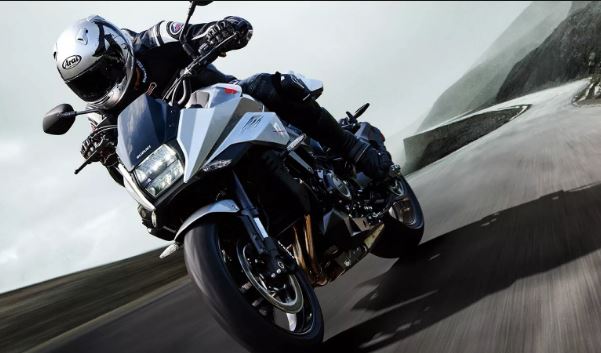 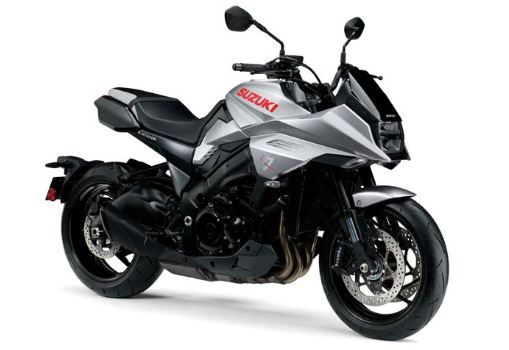 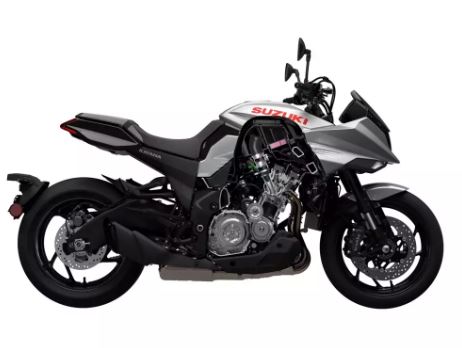 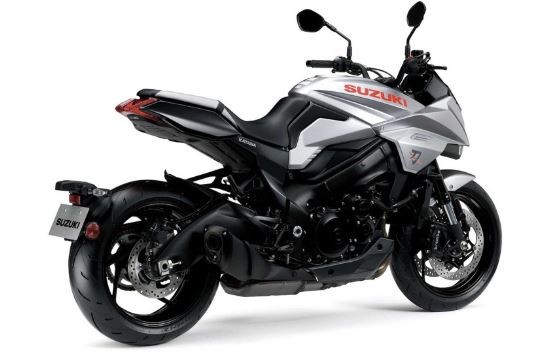 The suspension is handled by fully-adjustable KYB 43 mm USD forks up front and a link-type monoshock unit at the rear, adjustable for pre-load and rebound damping. The wheelbase is 57.5 inches with the all new Dunlop Sportmax Roadsmart 2 tires developed specifically for the Katana provided reassuring grip and easy side-to-side transitions. Braking performance is provided by a set of 310-mm dual discs paired with Brembo mono-block 4-piston radial front calipers and Bosch ABS. The new Katana is a heavy bike over the scales of 215 kg kerb weight, while the fuel tank can hold up to 12 liters/ 3.2 gallons.

It seems that Suzuki is trying to make amends for the stiff rack that was the original Katana, but this one has a thick seat on its revised sub frame, with just enough space to lean forward to the aluminum handlebar to offset windblast and not leave all your weight just on your rear end which is perfect for attacking backroads but also for blasting down the highway to and from them though you might want the accessory windshield. Naked bikes are in fact good for pretty much whatever kind of riding you feel like doing, from commuting in the town or light sport-touring. Amongst its competitors stand Z900 ABS from Kawasaki and one of Yamaha’s newly-rebranded MT-10 models.

Some of the special features include the distinctive “sword cut” across its gas tank like the original, all-digital instrument panel includes an electronic rendering of the Katana logo and Silver fabric on the sides of the pillion two-tone seat.

At the end of the day, the new Katana is largely about style, and if it knocks your socks off, you won’t mind its disruptive throttle or a little bit of vibration. Suzuki Australia have confirmed that the new Katana will start arriving in September this year (2019), and will retail for $18,990 but U.K. buyers are looking at £11.4k. Suzuki expects to a global production run of around 4000. Plus a perk for the all customers who pre-order their new Katana online from the first shipment will also receive a bonus exclusive Katana themed Arai QV-Pro helmet, valued at $995.