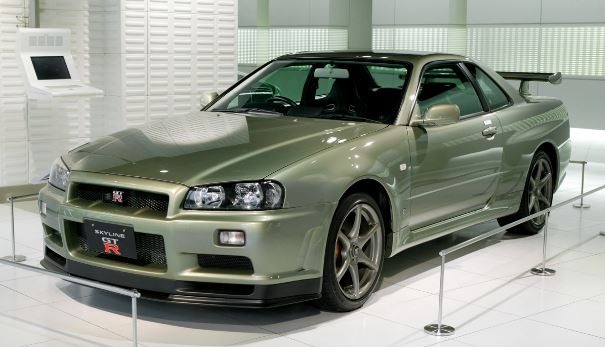 The era of 1980’s had one engine name on every car enthusiasts mind and that was V8 powered car. It was the time when market was dominated by V8 engines, where every great car had to have that engine. Japanese decided to prove the world wrong via their marvelous engineering and getting every other engine on its knees. Nissan holds the responsibility for setting up the trend of beating the heavy blocks with their engines packed up with half the size as compared to competitors. Although the Skyline series by Nissan was launched in 1969 however it was until two decades later when in 1989 Nissan with the introduction of GT-R32 gained the attention of motor heads all over the world. The new Japanese rival was faster, cheaper and powered by a small block with more to offer. Instantly it was killing it in the game out running the other cars in every form of racing around the globe.

So what made RB26DETT engine so special?

The name RB26DETT encloses what’s in the engine henceforth splitting up the meaning provides better understanding about the engine. RB26DETT

This engine is so powerful that with minor upgrades and aftermarket parts it can make 500+ horsepower easily on stock internals. The RB26 was built for the famous GT-R Skyline R32, which then continued up till the R33 and then legendary R34. The cast iron engine gave an insane power of 276HP@ 6800 rpm. This engine is equipped with twin Garett type-T28 Turbocharges making it a powerhouse. These turbo on stock produce just about 10psi of boost, enabling the engine to make about 276 horsepower in the run. Another factor that makes this engine a lot faster than others are the 6-individual throttle bodies instead of the one used in most of other engines. While this provides an additional cost to the manufacturer it comes with several pros. The design of 6-individual throttle bodies enables increase in efficiency by making most of the boost come from twin turbochargers. This creates instant throttle response therefore stepping your foot on gas means makes you vanish in seconds. Now let’s look at some statistics of the engine in order to have better understanding.

Besides these, the RB has an idle speed of 950 rpm which is pretty low with such amount of boost. Along with that it has oil capacity of 4.5L, about 9L of Engine Coolant and Engine Oil grade of 7.5W. The company built a “boost controller” in the engine to limit the boost at 14 psi at max. The RB series came with some other handful of features which made it the legend in the game. The list includes CAS (Crank angle Sensor) driven off from the exhaust cam which instructs the ECU about the crank position. Water cooled twin-turbo with lube of oil pressure. OEM pistons casts to keep the temperature of pistons down by providing extra cooling. The I-shaped connecting rods and a valve of solid lifter with a shim under the bucket.

Soon after the RB26DETT engine was introduced in Nissan Skyline GT-R 32 in 1989, it was called “Godzilla” by the Australians which soon became the definition of GT-R. This was due to the ability of engine to enhance its power to any ultimate limit by the tuners. Therefore the engines would be tuned up to 1000 horsepower making it the most modifiable engine one could get so it became popular among the aftermarket modifications. The RB26DETT engine was manufactured in Nissan’s oldest manufacturing plant based in Yokohama. Although the Skyline was only produced and sold in Japan exclusively, this engine due to enormous potential in it along with the car sold out in entire world. The cars were so fast that America banned them blaming it to not meet the emission standards but mainly because none of those V8 police cars could catch up.

While the RB26DETT to the day holds a unique value over motor heads around the world, it’s unlikely that an engine of such capability will ever leave the factory in hands of public due to changed environmental policies about emissions, less fuel efficient. However the RB26 will always remain a treat to performance freaks out there reminding them the glorious 90’s era.