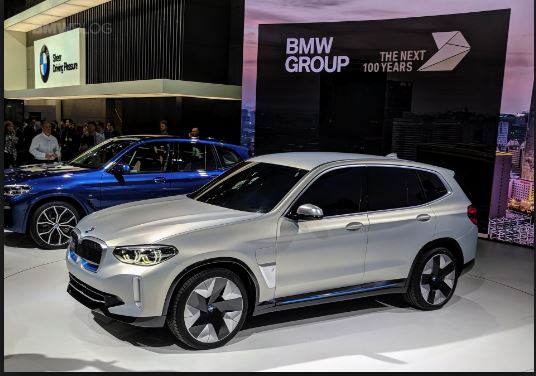 Couple of weeks ago Mercedes displayed it’s all electric concept or Production version of EQC at Monterey car week, While Audi is already took its PB18-etron all electric in Production phase, Porsche Displayed Taycan that is also under Production and Now the remaining most known 4th German automaker in US market also starts of Booking the orders for BMW iX3 all electric SUV.

Competition is tough, all the automakers are getting ready to compete Tesla as Mercedes, Audi and Porsche are much near to delivery of their new EV’S However BMW iX3 is not ready for another 2 years, To overcome the existing competition in market and despite of the fact that iX3 will not be ready for another 2 years company has started to invite locals for the reservation of vehicles.Company didn’t announced any price yet but has set 1800$ to reserve the Vehicle and Getting in the Queue.

During the unveiling event of concept; BMW described some figures related to its engine and battery power, According to details BMW ix3 will give output of 200KW/270HP by using 70 KWH battery that will allow it to cover the distance of about 400 kilometers on single charge, Moreover the vehicle will be able to charge at the rate of 150 KW.

iX3 all electric SUV by BMW

Upcoming All electric SUV by BMW

BMW iX3 is schedule for production in 2020 while Mercedes, Porsche and Audi are one year ahead; let’s see wheat will be strategy of German automakers to beat the Tesla.