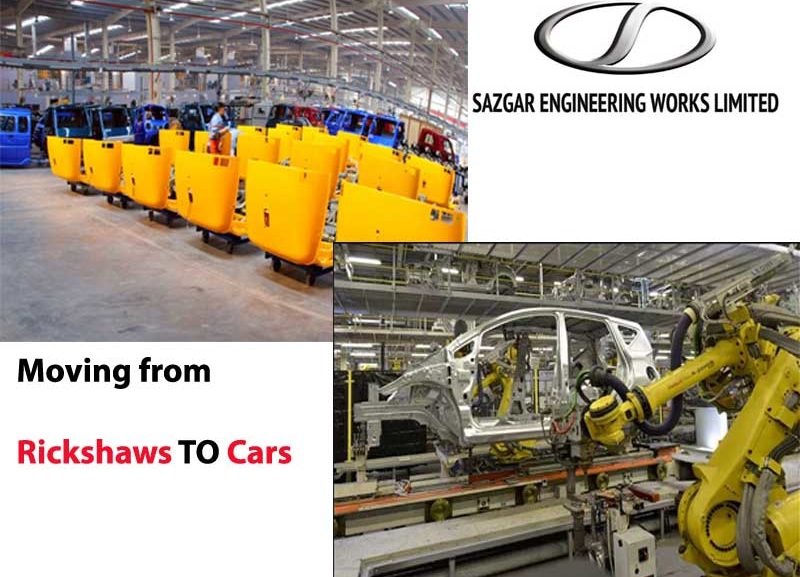 Number of car producing companies increasing in Pakistan day by day, Every company that have good engineers planning to start production of vehicles, somehow it looks like there is much more money in cars production than any other ride. As we have already written about another motorcycles producing super Asia company that is planning to take part in vehicle production by introducing electric cars. Today here is another company that is well known for the production of 4 stroke CNG Rickshaws in Pakistan started to plan about producing cars. This company was register in 1991 as a private limited at Raiwand Road and it is best known company for the production of CNG Rickshaws. Now this company has decided to add a passenger car on commercial scale in Pakistan local market. About its car there is no specifications, style, model yet been revealed

but expectations are like CNG Rickshaws this company will produce cheap cars to provide better facility to the population of  Pakistan and will become well know for cars as well;  by providing good public transport. For this Sazgar is going to setup a new platform for their production as they have already increased production capacity for Sazgar Rickshaws from 20,000 to 30,000 units annually to create budget for doing so, for increasing production there was added installment of 33o million in September 2016. Company earned good profit of 108 and 74 million during the years 2015-2016. Let see how Sazgar will add their production in a new way by launching their passenger car. The expectations are; this car production will start at end of 2017 or in 2018.