What does Euro Engine Mean? | How Euro Standards are Helping Humans & Environment? 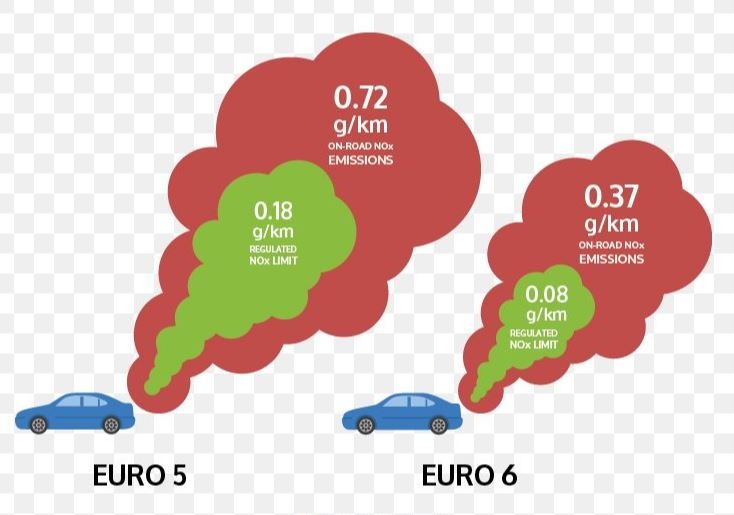 Pollution has now become the threat for humans as well as to the environment, the entire world is struggling and fighting against it and more than 50% percent of Pollution Around the world is because of vehicles. For tackling this issue European Standards of emission was introduced but around the world people still not aware with the term of EURO while in Many under developed countries people consider EURO as the term for increase engine performance & efficiency but they don’t know what is the core Purpose of EURO Engines and How they are Helping Humans.

Before digging deep first it is important to know that EURO engine doesn’t only mean that it will provide better performance or fuel efficiency but the major purpose is to reduce pollution emission into the environment. EURO Stands for European exhaust emission standards which are the legal requirements related to air pollution into atmosphere and should be followed by vehicle manufactures especially in European countries. Now not only the European countries but all countries around the world following it and making EURO (Emission control Standards) compulsory to follow as in India and Pakistan these rules are still not much applicable that is why people are not much aware of these standards.

What Does European Emissions Standards do?

Emissions Standards are made to set limits on the air pollution from vehicles because according to details more than 70% of pollution in cities is because of vehicles while according to 2014 DEFRA report 50 percent of all Urban  Nox (Nitrogen oxide) is from petrol cars equipped with 1-3 EURO Technology.

When Does EURO Standards come into Law? :

First ever emissions standards were enacted in 1963 in united states that was made in response to Los Angeles smog problems while following it Japan enacted their emissions rules 3 years later and from 1970 to 1972 several other European nations start working on these and finally the 1stever EURO-I standards were set in 1992 which were applicable on passenger cars and light trucks.

European emission standards are not applicable on ships and aeroplanes but obviously their manufacturers are also working to decrease pollution in the environment.

How Much Reduction made with Euro Emission standards up to EURO-6:

From 2014 to onward all manufactures around the world are following EURO-VI(6) standards while in Pakistan we still have Euro-II(2) vehicles but in recently new developed auto policy manufacturers are obligate to follow minimum EURO-IV(4) Emission standards.

Other Benefits of EURO Engines:

Not only the Euro Engines reduces pollutant gases like carbon, nitrogen or other hydrocarbons but with tighten of standards over the years and while following the Euro standards manufactures become able to produce more fuel efficient and Cost efficient engines.

Will Catalytic Converter remain there?

In upcoming future less and less vehicles will use catalytic converters as most of the countries around the world has set the policies to produce electric cars instead of gasoline and diesel so form 2024 to onward more than 50 percent of vehicles will be electric and most of the automakers already manufacturing environment friendly electric cars.

How cars tested for Emissions: