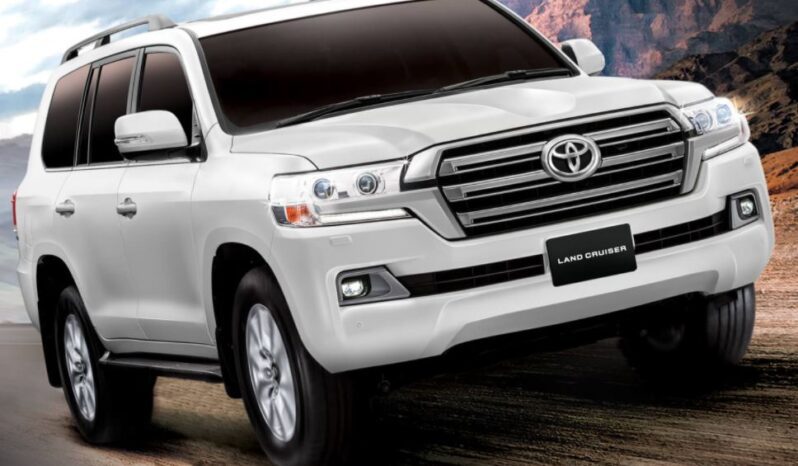 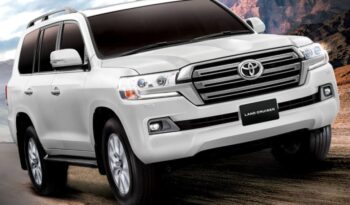 The Prado of Toyota is among the full-size SUVs, and it is no doubt the most loved SUV, which is a symbol of status and luxury in Pakistan. It was introduced in 1984 as a full-size four-wheel-drive SUV among the Land Cruiser range. It is built on the J150 platform and is also known as Lexus GX in North America and Russia. Currently, the fourth generation of Toyota Land Cruiser Prado is available in markets, and it features advanced four-wheel-drive with a list of electronic gadgets. The third row of seats is replaced by a foldable seat that can accommodate two people in the third row. The fourth generation of Prado was introduced in 2009 in Pakistan too, and its price was-increased compared to the previous generations. The price for the 2021 Toyota Land Cruiser Prado is also fairly-competitive in Pakistan as-compared-to the other vehicles of the same class. The 2021 Toyota Land Cruiser comes under the top ten luxury Large SUVs in the world because of its great off-road ability, predicted reliability rating, and tons of standard features. The powerful V6 engine delivers a wonderful performance, and the interior is comfortable enough equipped with standard safety features to make your ride super relaxing and safe.

It is available in three trim levels that include

Toyota Land Cruiser Prado combines power with style so you can indulge in sense of your adventure. The Prado gives you an exceptional ride not only on roads but also on off-road adventures. It offers five driving modes so that you can select either Multi-Terrain Select, Crawl Control, Kinetic Dynamic Suspension System, or the snow mode, so you can drive your vehicle safely no matter what type of road it is. The V6 powerful engine hustles around town and also drives perfectly at higher speeds. The acceleration of Prado is brisk, and transmission is also smooth, either it is a manual or automatic transmission. The throttle feels responsive, and the transmission changes smoothly, but it also tends to change to higher gears too often so fuel can be saved. It features a four-speed automatic transmission, five-speed automatic transmission, or six-speed manual transmission. Toyota Land Cruiser Prado provides wonderful downshifting and upshifting when climbing on hills. The Prado has decent-handling techniques on roads, especially on highways, with its light-weighted steering has a good response, but sometimes it sways around turns. The braking system is powerful, but the suspension system does not cope well when moving over bumps at lower speeds, and it can get jittery. The suspension is mated to move the vehicle over rocks and ditches, and the four-wheel-drive system ensures you a balanced ride. The Toyota Land Cruiser Prado can tow up to 8100 pounds easily. The fuel economy of Prado is not very economical, but the class of people who purchase the Prado can also afford its running cost. It gives you a mileage of 10 kilometers per liter in cities and 12 kilometers per liter on highways with a fuel tank capacity of 76 liters and an estimated range of 988 kilometers.

The bold design of the 2021 Toyota Prado is a part of its heritage that receives updates in its looks. It comes with a wagon-like body type. It features a twin-level hood with a chrome-upright grille that is designed between two round-shaped halogen headlights. Land Cruiser Prado comes with either a three-door option or a five-door option. The lower body features flared wheel-arches and large-sized bumpers that look aggressive. The rear-end is as beautiful as the front end, and its easy-to-use door openings make its appearance attractive and make it convenient for the passengers.

The interior design of Prado is attractive, made with high-quality trim pieces. The cabin is insulated-from wind and engine noise, so the comfort of passengers is not compromised. It comes with two seating configurations that offer you either a three-row seat with eight seats or two rows of seats for six adults’ accommodation. The seats are covered-with high premium leather, and the front seats come with a heated and ventilation feature. There is a nine-inches touch screen display mounted-on-the dashboard and comes with physical knobs to control the infotainment system. The infotainment system is not compatible with Android Auto and Apple Carplay. There are also two 11.6 inches touch screens mounted in the rear compartment for providing entertainment to rear passengers, and fourteen speakers offer good quality of sound. You will also be given a smartphone charging pad to charge your phones. A four-zone climate control system automatically controls the temperature in the front and rear compartment appropriately. There is a moonroof that adds fresh air to the cabin, and convenience is ensured with keyless entry and a push-start button.

The 2021 Toyota Land Cruiser Prado ensures you a safe drive with the following features: