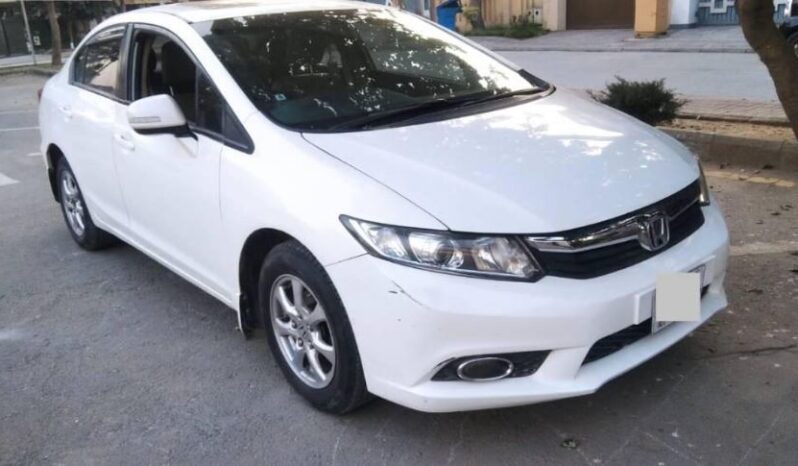 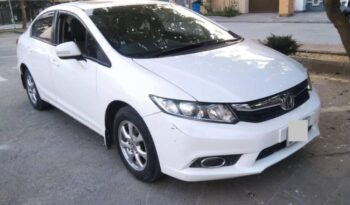 The 9th generation of Honda Civic was available in three variants that include i-VTEC, i-VTEC Oriel, and VTEC turbo. All of these trims offer continuously varying automatic transmission and the manual transmission is discontinued in this generation. The VTEC turbo has a different powertrain, while both other trims offer similar powertrains. The i-VTEC trim features fabric seats, body-color door handles, and all other standard features. The i-VTEC Oriel upgraded with smart entry, automatic door locks, cruise control, fog lights, and sunroof. The VTEC Turbo trim is equipped with chrome door handles, leather seats, paddle shifters, remote engine start, navigation, two cameras, an oil monitoring system, and a rear entertainment system.

The VTEC trims used similar engines as used previously, and thus the power output is also similar. The difference introduced in the 9th generation was its continuously varying transmission that is smooth and delivers a good driving performance. It is more responsive at lower RPMs and disengages swiftly with power deliverance in a comparatively lesser time as the 8th generation. The car is designed in a way that gives you different styles of driving, and you can enjoy the perks of every style. The ride quality also improved as compared to the previous generations and the suspensions are much softer as well, so the high quality of the ride has been maintained in this family sedan. The stability of the car is not very promising in this generation which was then improved in the new models. The higher ride height and quiet cabin do give smooth and noise-free journey sometimes people go beyond the speed limits that might lead to overestimation of turning circle and stopping distance that can cause accidents. Honda Civic is a good family sedan for local roads, but it is not suitable for driving at higher speeds and roads with potholes because the suspension system is not much suitable. It gives you a mileage of 10 to 12 kilometers per hour, and it offers you a maximum speed of 220 kilometers per hour.

The front end of the 9th generation was somehow similar to the previous generation with a similar grille design, bumper, and headlights. The Turbo VTEC trim adds a new glossy black grille instead of a chrome grille and the body-colored door handles are also replaced by chrome door handles. Apart from it, you will be getting projector halogen headlights with LED daytime running lights in all its trims and foglights available in i-VTEC Oriel and Turbo trims. The rear end is restyled with sleek taillights and a boxy shape. Lastly, the sixteen inches alloy wheels look beautiful from all sides.

The interior design of the 9th generation Honda Civic is restyled with the introduction of many new features. The base trim has fabric-covered seats while both of the other trims have leather-covered seats, and it offers seating capacity for five adults. An all-new full-color TFT multi-information display screen is introduced in this generation, and you also get a digital information cluster. The multi-information system can be monitored through Bluetooth connectivity and auxiliary cable. The steering wheel also comes with audio controls. The driver’s seat comes with a manual height adjuster and features comfortable support. An automatic air conditioning system is provided in the cabin with rear air-conditioning vents. You also get cameras on the front and rear so you can drive and park the vehicle safely. You also get a navigation system, floor mats, door visors, and an oil monitoring system. You can also enjoy the sunlight and fresh air in the cabin by opening the sunroof, and the keyless entry is replaced by a smart entry with a push start button. The storage capacity of the trunk is also good, and it can carry two to three luggage bags.

Some of the safety features of the 9th generation of Honda Civic include: