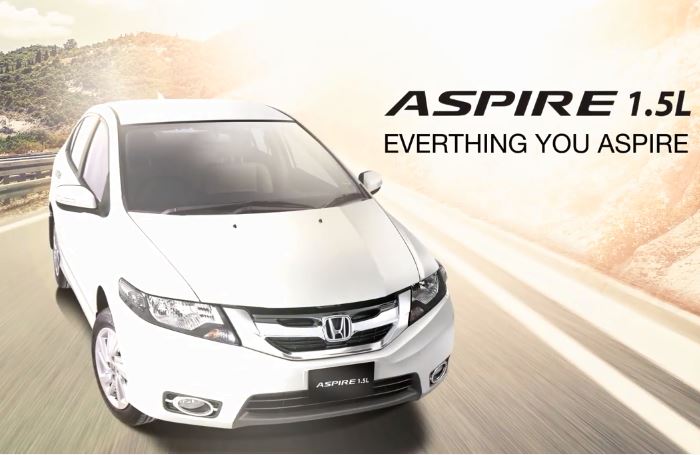 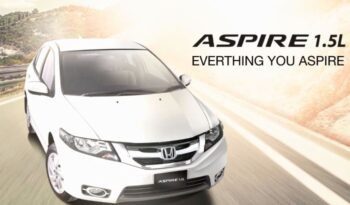 Honda City Price in Pakistan in 2021:

Till then, we are available with the option of only the 5th generation of Honda City.

2021 Honda City Pakistan is available in two variants i-VTEC and Aspire. The Honda City Aspire 1.3 liters production was halted at the end of 2017.

The i-VTEC Trim offers 1.3 and 1.5 liters engine options, while the Aspire Trim is only available in 1.5 liters engine options. All the trims are available with both manual and automatic transmission. The i-VTEC Trims have steel wheels, fabric-covered seats, manually controlled door locks, and a rack and pinion steering wheel. On the other hand, the Aspire Trims come with alloy wheels, leather upholstery, power steering, power door locks, folding rear seats, fog lamps, satellite navigation, and a rear-view camera.

The driving performance mostly depends upon the type of engine and transmission you are choosing, however as a whole Honda City is a refined and comfortable car to ride, which is not only family-oriented but also fun to drive. Both the manual and automatic transmissions are smooth and work efficiently. The automatic transmission of Honda City works better than many of its competitors because of the rubber band effect making it a well-synchronized unit. The engine does not complain even if you are revving it hard at 6500 RPM. The quality of ride it offers is pleasuring, and its handling is also nicely balanced, which gives drivers a lot of confidence in driving. The suspension of Honda City has tuned towards the softer side, which means the ride is more comfortable when driven in straight-line, but it doesn’t mean driving around corners makes the ride unstable. The ride quality remains good when turning and curving the car apart from driving it on the straight roads. The handling of Honda City remains the same when applying the brakes to the front wheels, so the vehicle remains planted, especially when going through a series of turns. The fuel economy of Honda City is the best in its segment giving you an estimated mileage of 18 kilometers per liter on highways and 14 to 16 kilometers per liter in the cities.

Honda City’s 5th generation is a bit sharper than the previous generation model, and it comes with more contour lines and creases. The front end looks decent with its sleek headlamps and fog lamps. A chrome slat grill on the front is the trademark design of Honda, and some creases can be found on the lower side of the front bumper. The hood is a bit crouch down low, giving it a low stance, and the rear is maintaining the sedan looks as compared to the previous models. The roofline tappers between B and C pillars, adding sportiness to its body language, and the sixteen-inches alloy wheels also enhance its sporty stance.

The inside of Honda City features an impressive design and comes with medium-quality materials used. You can see black and silver-colored plastic trim pieces as soon you enter the Honda City, and the seats are covered in the fabric in lower trims and covered with premium leather in Aspire trim. You may also find wooden panels added on the dashboard in Aspire trims, giving a luxurious feeling to the cabin. It also has a touchscreen introducing an infotainment system inside compatible with Bluetooth. Talking about the space inside then it must be noted that there is a lot of room inside where five people can sit comfortably, and the storage space is also enough with door pockets and space underneath the driver armrest.

some of the standard features provided inside the cabin include:

Honda City equips with various optional features that can make your long-distance ride hassle-free and safe. It provides you with seat belts on the front and rear, adjustable shoulder anchor on the front, key alarm system, immobilizer, door opening warning, trunk opening warning, fuel consumption warning, and light on reminding.

Many of the Important safety features are also missing in Honda city that making it an too old worthless choice in front of its present competitors.

It does not have airbags, blind spot detection, hill assist, traction control, parking sensors, and parking cameras, which are now the standard features of every new vehicle.