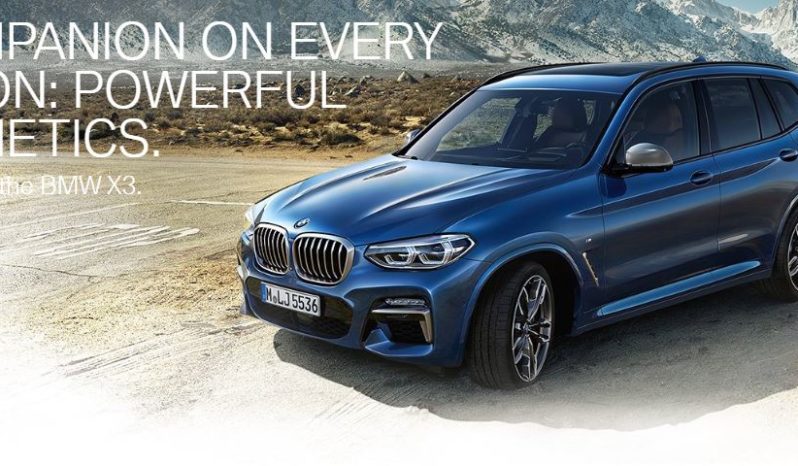 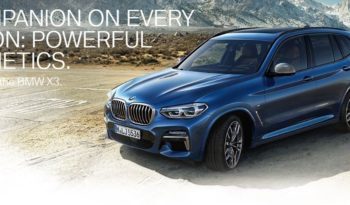 BMW X3 series holds plenty of practicality in it as it captures the magic of both thrilling driving experience and up-to-date luxury while the revised model for the year 2020 features powerful acceleration along with agile handling and executive interior having luxurious finishing. 2020 BMW X3 is kept nearly unchanged this year with only some minor changes being introduced like the navigation is now given as standard in all trims of X3 series and switchgear is now restyled with silver color while the 30i models have been restyled with a newly designed cornering LED headlights. 2020 BMW X3 is the top luxury compact SUV as it delivers high performance with its energetic turbocharged base making it thrill to drive and equipped with plenty of luxury features.

It is now available in three trims that are mentioned as Sdrive30i trim, xDrive30i trim, and M40i trim. SDrive30i is the rear-wheel-drive SUV and the xDrive30i gives you the feature of all-wheel drive, both are equipped with three-zone climate control, leather upholstery, twelve speakers sound system, a power liftgate, and fog lights. M40i is upgraded with heated front seats, 10.3 inches screen for infotainment, a wireless phone charging facility, a digital cockpit, and sixteen speakers sound system. If you are looking for super high performance then M40i should be throttling on your way loaded up with all available features thus we will discuss its features in detail.

2020 BMW X3 M40i is charged by a three liters 6 cylinders turbocharged engine generating a power output of 335 hp and torque of 369 pounds-feet. The other two trims are powered by 2 liters four-cylinder engine giving you horsepower of 248 hp and torque of 258 pounds-feet. It gives you an eight-speed automatic transmission keeping the engine right in heart of delivering its maximum power to all wheels facilitating the all-wheel driving features smoothly.

The brakes of X3 are improved to ease the typical city driving and made strong enough for panic stops while the agile handling techniques are enhanced by its precise steering wheel response making its turning quite easy. Among all driving modes, the sport mode is considered best as it gives you more quickness and sporty feel. BMW X3 M40i takes 4.4 seconds to speed up from zero to sixty miles per hour which is super quick and impressive. The fuel economy of X3 M40i is pleasant giving you, mileage of twenty-one miles per gallon in the city and twenty-seven miles per gallon on highways.

2020 BMW X3 full fills the promise of versatility without giving sacrifice on its amazing exterior looks coming with eye gazing features. It now comes with large-sized air intakes and a wide central grille on the front while the wheels are now pushed into the corners giving it a view of tall-riding crossover. The double kidney bean grille is encrypted in the center and sleek lines flow smoothly into them while BMW pride can be displayed with the BMW logo placed above the grilles on front. Eye-catching LED taillights and headlights gives you clearer visibility making drives easy and fun in all type of extreme conditions.

The interior of the BMW X3 series leans digital state having no analog cues but all big-sized touch screen displays and digital clusters giving it a beautiful deluxe look. The leather-covered seats are comfortable enough with a heating and cooling feature while the massage feature is also given to give you maximum relaxation and five passengers can easily seat up in the car enjoying an exceptional ride experience.


10.2 inches touch screen is mounted on the dashboard to give you infotainment which is voice-activated and connected with your Apple Car play while the iDrive 6.0 system gives you live updates about the traffic assisting your driving maneuvers. It further compliments you with a wireless phone charging facility, dual-zone climate control system, keyless entry, navigation, adaptive cruise control.