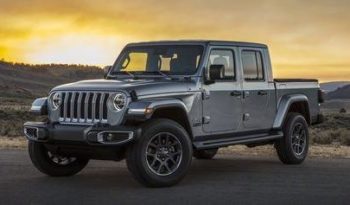 Enough with the overview; let’s talk about the Gladiator now. The Gladiator will indeed come with 4-doors and 4wd. Jeep has provided three different trim levels for the Gladiator. The cheapest one named Sport then comes to the Sport-S, followed by mid-priced Overland, and the most expensive badass is the Rubicon. The base model starts at $35,000, then goes to the Overland, which starts at $42,000, and finally, the Rubicon starts at $45,000. As for the launch, the Gladiator is set to display and start its delivery to customers in the summer, 2019.

3.6L V6 engine is only the only engine offered in Gladiator currently. The engine makes about 285 Hp with 265 lb-ft of torque (350 Nm). With that, you get a choice between 8-speed Automatic or a 6-speed Manual Transmission. Jeep has also announced its plan to launch the Diesel version of Gladiator in the upcoming year with an engine making 260hp and 440 lb-ft (600 Nm) of torque.

Every Gladiator is a convertible!

Yes, you read that right. Every Jeep Gladiator has a convertible roof even though it looks like it has a fixed roof. So the Jeep Gladiator quite successfully carries the legacy of the 1989 Dodge Dakota. However, there is an option between the hardtop and soft top choose. The hardtop comes with four panels. The front 2can be detached easily in 30 seconds, whereas the rear two require to unscrew bolts and disconnect the electric connection between the defroster and roof panels since it has an actual glass window. The whole process takes between 5-15 minutes, depending upon your frequency with tools. The hardtop version also has a smaller window opening from the rear as any pickup truck. So the convertible hardtop Gladiator is just like your typical pickup truck with all features present in standard trucks. However, the soft-top version comes with a plastic window with cloth attached as the roof at the back. So you grab the cloth part from the side, start to remove it, do the same on the other side, and pull the rear window off, followed by removing panels. Takes about 2 minutes at max. 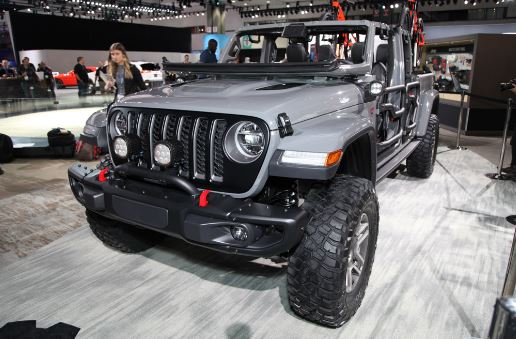 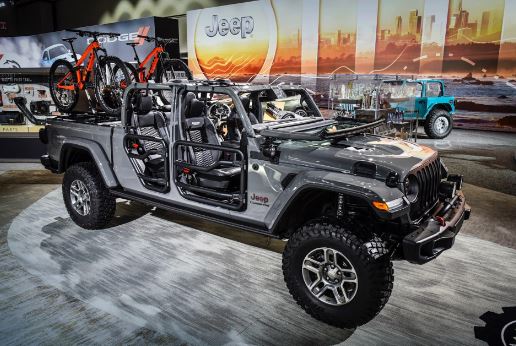 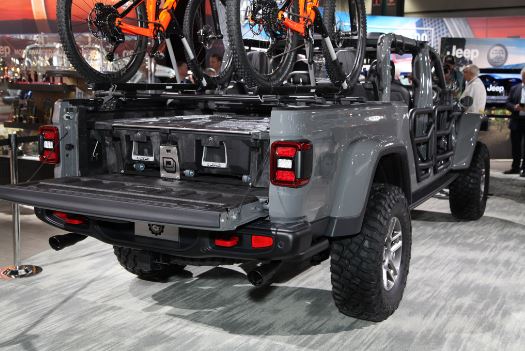 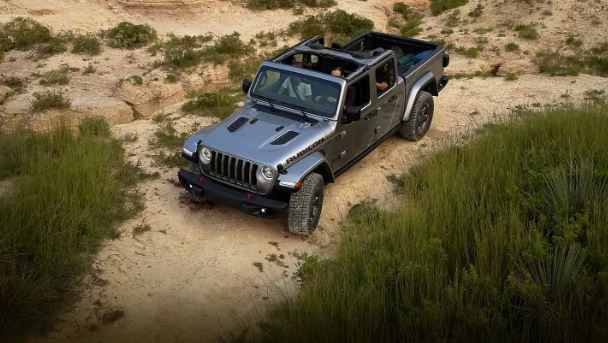 As I already said, Jeep Gladiator is only available in a 4-door version which means it is a piece of upsetting news for the long bed truck lovers who like to camp on a giant floor bed in a pickup truck. According to the Jeep, the 4-door version fulfills 80% of the needs for a full cab 4-door pickup truck with a shorter bed. The 5-foot bed of Gladiator, according to the Jeep, can easily hold up 94% of motorcycles on sale in the states currently, which means the 4-door version is fulfilling the needs of the majority along with being compatible with adventures. The bed of Gladiator comes with factory fitted Tunno cover that locks as soon as you close the bed from behind. It is easily foldable and removable with stretching just two latches. The Gladiator has 1800 pounds of payload capacity to carry your stuff through, making it stronger and better than other pickup trucks in the league.

On the inside, you get a built-in Bluetooth speaker at the back of the rear seat fitted into a chargeable dock which you can take out in campfires as you sing along the guitar in woods (or maybe not). Underneath the rear seat are two individual lockable storage compartments for both sides. In front, the console has a pouch with all necessary equipment to open and close the hard and soft top conversion into a convertible. Enough with the cosmetics, the Jeep Gladiator comes with an off-road cruise control feature called ‘Selux speed,’ which is activated by pressing a little Jeep button on the center console. What it does is that it will glide the Gladiator over obstacles and off-road patches itself on five mph speed and 4wd function. If you get stuck, the computer will send the right amount of power and angle to the wheels to get you out of there. The front grille for Gladiator is slightly wider than the regular Wrangler to provide more airflow for more towing. In the front, the Gladiator has a “trail cam” mounted inside the grille which will navigate you from the inside, providing a high-resolution display of what you rock you are about to run over along with steering directions. The trail cam is fitted with a washer which washes the camera since it might get muddy during off-roading. However, this feature, along with limited-slip differential for rear & front and rear, is also a list of options that come in the off-roading Rubicon version only. 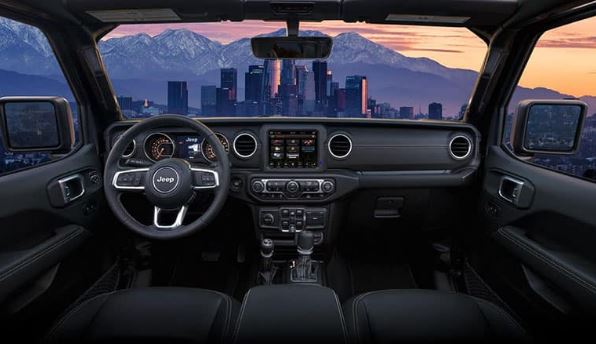 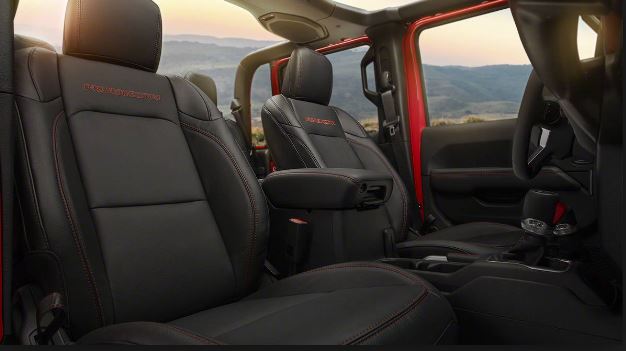 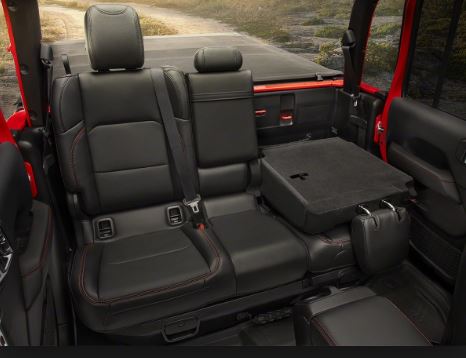 The Gladiator pretty much drives like the Wrangler, which means nice on-road and brutal on the off-road. So it’s a no question about the driving of Gladiator.

Gladiator vs the Competition:

The Gladiator Rubicon is the most expensive trim, costs $45,000, which may seem a little high from competitors, but when you notice that Tacoma TRD also costs about $44,000, you get the idea. Henceforth the Jeep Gladiator is way cooler than its competitors such as Toyota Tacoma, Chevy Colorado, Ford Ranger, and GMC Sera Denali. In other words, Gladiator is undoubtedly the best mid-range pickup truck to be offered in the market currently.