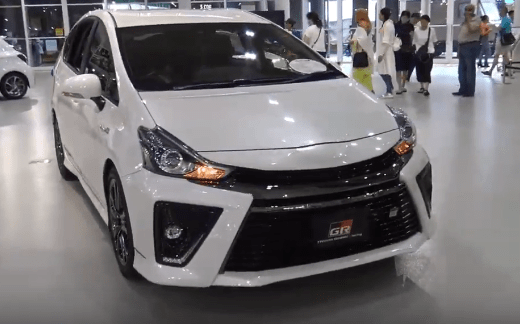 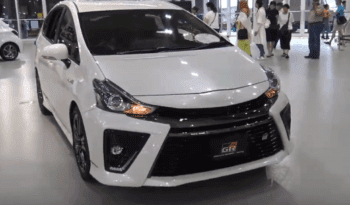 The first car that comes to mind while talking about hybrid power trains is surely Toyota’s Prius and this thrifty hatchback is known for its ability to run on very little fuel. This efficient car is running successfully all over the world for the last two decades and it received a major facelift in 2019 making it more attractive and eye-catching before now the latest model is all ready to offer amazing value for money with slightly few changes introduced in its exterior design.

Toyota Prius is offered in 3 trim levels that include L Eco, LE, and XLE while the Limited edition features an all-wheel driving facility also along with LE and XLE trim. L Eco is the base trim while LE and XLE are different from the base model with large sized seventeen inches alloy wheels and equipped with LED headlights along with a wireless mobile charging system, rain-sensing wipers, and an 8-way power-adjustable driver’s seats. Toyota Prius has been ranked number four among mid-size hatchbacks because of its exceptionally thrifty drivetrain, all-wheel driving facility, well-equipped cabin, and reasonable price as compared to its competitors.

All trims are powered by 1.8 liters inline four-cylinder DOHC sixteen valve engine which is paired with an electric motor and 3.6 amp lithium-ion battery pack producing 97 horse power @ 5200 rpm with maximum torque of 142 nm @ 4000 Rpm. Handling of Prius is very accurate despite its heavy steering control while the friction braking system in Prius makes it well efficient to control with the additional help of the resistance tires that can hold on the car even for longer braking distance.

The biggest challenge in Prius was to bring changes in its exterior design which was below average with a basic egg shape but now Prius has added a busier snout with a length of 180 inches, a width of 69.3 inches, and a height of 57.9 inches having a ground clearance of 5.1 inches. The front end of the Prius is now less boxy with bi-LED headlights having auto adjustable low and high beam lights sweeping on the sides of the frontal fascia with a chrome grille in the center. Rear-end is still unattractive but it features rain-sensing windshield wipers and LED taillights. Seventeen inches five-spoke alloy wheels with titanium finishing add more beauty to their looks and last but not least the power tilting moon roof enlightens the cabin more brightly.

Toyota Prius offers accommodation to five passengers with full comfort and utility having power-adjustable driver’s seats and a well-sculpted front seat while the rear seats are also comfortable enough for tall passengers and it also offers twenty-seven cubic feet of cargo area carrying enough amount of luggage with you. It is different from the previous model because it features an advanced seven inches touch screen for infotainment while the higher-end trims are equipped with enlarged 11.6 inches touch screen. The cabin is made attractive with shiny black plastic trims made improved from the previous model.