The United automobile industry does not have an old history in Pakistan but it has completely taken over the market with its Chinese-assembled bikes in Pakistan. United group of automobiles came into being in 1999 and today it is the second-largest most demanding motorcycle brand in Pakistan. United has now made an entry into the small hatchback segment market in Pakistan by launching United Bravo. United Bravo was launched on 8th September 2018. While many new entries are making a debut in the Pakistani automobile industry, united Bravo has been the most searched car and it has made a wonderful success in markets. The 2019 United Bravo was launched after huge demand for the original variant. It is an 800cc hatchback with a price tag of 9 lacs (when launched first) which is very reasonable compared to other cars. It has been equipped with all those features that locally produced 800 cc cars lack. As we all know Suzuki Mehran is already stopped manufacturing and the most loved 800c small hatchback segment is leaving the automobile market. In the meanwhile, United Bravo has chosen the perfect time to launch its Bravo 2019 which is equipped with all standard features which can replace the place of Mehran in markets. Let us have a look at the features and specifications of United Bravo in detail:

It is equipped with an 800 cc three-cylinder water-cooled Euro II EFI engine that generates a horsepower of 50bhp and torque of 60nm. It offers manual transmission only with a four-speed gear option but the company promised the automatic version soon. Bravo offers a fuel tank capacity of thirty liters and gives a mileage of twenty-two kilometers per liter. It offers enhanced performance to Suzuki Mehran. It ensures all the safety features that local cars lack. It has a central lock facility along with power windows, a steering lock, power steering, and fog lights.

United Bravo is available in three exterior colors including white, silver, and grey. The design is quite elegant that is a bit old but it has an attractive appearance with LED brake lights, amalgam edges on the outside with fog lights, and a rear camera for parking.  It is 3290 millimeters in length, 1600 millimeters in width, 1580 millimeters in height, and has a ground clearance of 150 millimeters. It comes in aluminum alloy rims that give a stylish look. Front fog lights are provided to drive the car in extreme weather conditions. It is bigger in size and weight compared to Suzuki Mehran. 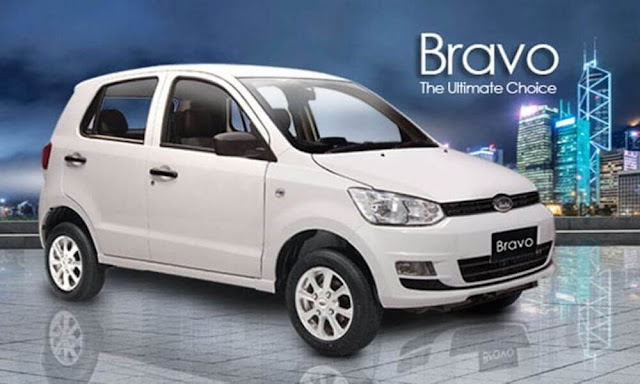 The interior of the car is equipped with many advanced features that locally assembled cars lack. It has an interactive multimedia system with USB, AUX cable, and a Radio player option. The seats are fabricated with the option of reclining and sliding the front seat and adjustable front and rear seat headrests. There are two cup holders for the passenger’s facility. Wooden panels along the sides of the interior cabin give a deluxe look. It is equipped with power steering, power windows, seat belt warning, fuel lid opener, rearview camera, and digital instrumental meter. The headroom and legroom are quite spacious at the front giving a lot of area for sitting at the front but the legroom and headroom are not sufficient in the back seats. Coming on safety features then it has been equipped with seat belts, a seat belt warning alarm, a central lock, a reverse camera, and a steering lock. 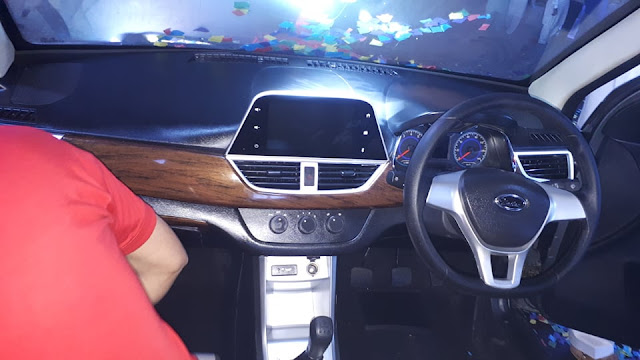 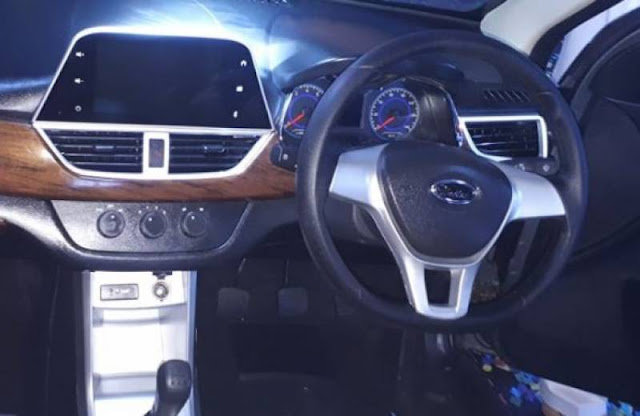 How it can be made even better?

It can be improved a little with the quality of plastic used in the interior cabin. The quality of plastic is not up to the standards that give a cheap look to the cabin. The handles of the door from the inside are shoddy.  The seats of United Bravo are not very comfortable and suitable for longer journeys that do not suit patients with low back pain. So those people who have to travel a lot to their hometowns do not prefer United Bravo. The company promises a good fuel economy that is expected by all the consumers of small hatchback segment cars but the fuel economy is not as promising as declared. It does not give any spare tire and even no place for the spare tire. There is no ABS system provided so the company should keep in mind these flaws that should be removed in the upcoming versions. The facelift can also be improved a bit to give a modern design. Lastly, the company should focus on the availability of spare parts of the car because the car is competing with Suzuki Mehran and as we all know Mehran is a most loveable car because of the readily available and low-cost spare parts of Mehran that make its maintenance cheap and promising resale value. Up till now the spare parts of United Bravo are not readily available but we hope that with the increased sales and demand of the new car in the market, its spare parts will also be available at cheap prices in the market and will give an average resale value. The automatic version should also be introduced soon so the customers seeking automatic transmission should not search for other companies.

United automobiles have set a goal to break the stereotype of the Suzuki small hatchback segment cars including Mehran and Alto. It has provided many advanced and improved features that the Suzuki cars do not have. Although Mehran has vanished in manufacturing plants still supremacy and power have remained in our automobile industry. Its resale value, maintenance value, and value of spare parts had made it a favorite among buyers and United Bravo has to face big competition from Suzuki cars. If United Bravo continues to give better-advanced features and the spare parts of the car become common in markets then it can break the hold of Mehran in the small hatchback segment market. It may take some time for United to become as popular as Mehran but we hope for a profitable business and a good place in markets for United Bravo.