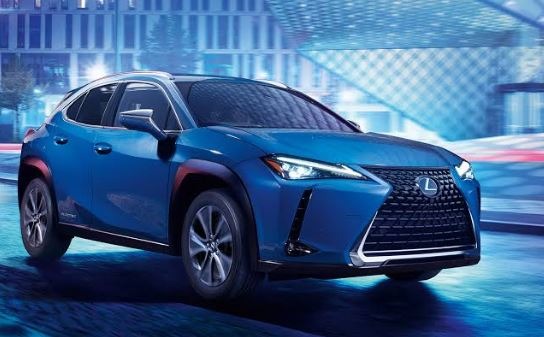 December 11, 2019
Posted by: fairwheels
No Comments

As the 2nd Largest automaker Toyota prefers Hydrogen Powered vehicles more than electrics but that didn’t mean Toyota could stay behind in the race of all electrics. Toyota is strategically measuring market needs for which he is going to launch an Electric SUV in 2020. According to details UX300e battery powered vehicle will debut in 2020 for Europe and in the start of 2021 for Japan.

Why Sudden Announcement of Electric SUV by Toyota:

As we know there is so much competition in china’s Electric Market where other than local Chinese Companies Tesla is also doing manufacturing of its electric cars, where Model 3 is finalized and near to launch. China’s aim is to have 25% electric auto sales by 2025 while china is also the biggest automotive in the world as well than how Toyota can overlook such high profitable market which is even bigger than Toyota’s home market.

What will be range and Power of Lexus UX 300e ?

Some of the details has been given by company during press release according to which UX 300e lexus will use 54.3 killowatt hour battery pack with 201 horse power motor to give 200 miles of driving range.

Some other Specifications given by company includes;

“Lexus has always focus on providing a distinctive driving performance, and the case is no different from development of a BEV. The UX 300e has one of the quietest cabins in its class, as befits the sound management heritage of the Lexus DNA”

During an Event a statement was given by Toyota related to EV Technology in answer to a question; if why Toyota is less interested in EV’s and the answer was that Toyota already have EV technology if internal combustion engine removed and driving range increased than hybrid become all electric. We are waiting for the perfect time to Release.

“We have all the engineering development behind all the power electronics the battery, the electric motor, all of that it makes it easy, should the market demand electric vehicle to pull internal combustion engine components out and essentially launch a battery electric.

We strategically positioned ourselves from an engineering standpoint; we have developed everything that we need to be able to launch as soon as the consumer demand is there.