fairwheels > Blog > Car Terms > AT WHAT TEMPERATURE DOES GASOLINE FREEZE? | preventing the car owners from extreme issues they can face in winters. 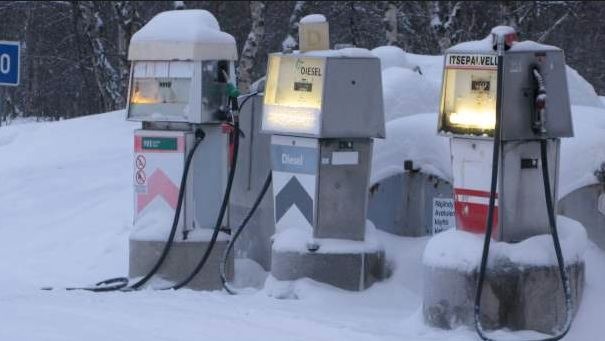 Gasoline is an important fuel for different modes of transportation. However, like many other liquids, it freezes at a certain temperature. Just to avoid mechanical issues just because of frozen fuel we should know that at what temperature does gasoline freeze?

We can better understand the exact answer to the question “At what temperature gasoline get freeze?” by identifying the elements that compose gasoline.

First off all, gasoline is not just a plain substance. It is not so pure at all. Instead, it is a mixture of various hydrocarbons and additives that are hundreds in quantity. Common ones are ethanol, toluene, octane, hexane, and heptane. On the other side, optional ones are butane and pentane depending on a certain area’s winter climate. Most of the chemicals mentioned can have several structural forms called isomers (each of two or more compounds with the same formula but a different arrangement of atoms in the molecule and different properties). Which leads to the fact that all things forming gasoline have different arrangement and properties that is why they have their own melting points? Obviously, they also have different freezing points.

You might have thought about the answer already based on the fact that gasoline is a certain mixture so it must freeze at certain temperature. Now again at what temperature does gasoline freeze?  . The answer is that Gasoline does not have the so-called exact freezing point. The very same idea goes for candle wax and diesel. Rather, the gasoline has a freezing range instead of freezing point.

Read Also: How to take care of your car & car paint – Car Terms

While with the temperature in descending, gasoline gradually starts changing. In the first part little bits of sediments and gums starts coming out of the liquid. In the Next when it starts getting extremely cold, the heaviest hydrocarbon molecules like cyclo-heptane and iso-nonane starts solidifying slowly. It will be more accurate if we say that they become waxy.  Now, when the temperature gets more intolerable/cold, gasoline becomes waxier and slushier until the lightest molecules are the remaining liquid elements.

Meanwhile, some impurities form sediments in the tank of gas gets even more solid with cold temperature. Fortunately, the filter located in fuel line can actually catch these sediments but it become even dangerous for filter & engine when gasoline becomes extremely waxy. At this certain level,-40 to -200 degrees Fahrenheit, range is very wide since gasoline has various types of mixtures and blends, that is why if we say freezing point lays in between these temperatures will not be wrong.

Since refineries can actually make changes to the mixture of gasoline, they can provide you the gasoline with the special blends to work in areas with an extremely cold climate. Even though they can make changes to gasoline for having lower freezing range. An example is ethanol gas.

indications OF A FROZEN FUEL LINE:

It is hard to talk and explain about the indications of frozen gasoline. Long ago gasoline froze inside the car and the first of the elements that froze was the water and water vapors. So, let us talk about the signs of a frozen fuel line after all, the question is still here “At what temperature does gasoline freeze?” which is important to know for preventing the car owners from extreme issues they can face in winters.

When water and water vapor freezes inside the automobile, they block gas in the fuel line from entering the engine. To find out if gasoline is already blocked by frozen water, here are some indications to watch out for:

STOPPING OR SPUTTERING DURING MOVEMENT:

Sometimes in need people drove their cars even if the outdoor temperature gets unbearably cold. The bad thing is that no matter how much the car generates heat during driving, the tank of gas can remain freeze. So you must be aware if the tank is malfunctioning due to cold? If the tank is malfunctioning the car will stall or sputter after start. Actually, even if there is no problem with tank a frozen gas line can also be the reason of this indication.

Failure to start is another indication of the frozen fuel line, in such type of condition there is no need to be worry much if the engine does not start. It can also still change, just wait until the engine gets warm enough or the temperature of the engine increase. With patience, you can make your car to work normally even if it is freezing outside. You should not wait until gasoline freezes inside the car. Simply just take care of your car most often by driving during winters.

HOW CAN WE FIX A FROZEN FUEL LINE?

When we push roughly, here are some practical solutions in thawing a frozen fuel line:

In the first place, Right before the beginning of the winters arrange a safe closed place for your vehicle.  It is purely not a very good idea to leave your car in the open during winters. In a worst-case scenario if you have left your car in the front yard overnight and snow falls, the first step you need to do move your car in the garage. However, make sure that you have a garage or a closed place. This garage must be dry and warm so it could help to thaw the frozen fuel line. This whole procedure can take up to hours, to reduce the waiting time, turn on kerosene or electric heaters inside the garage, particularly facing the car. This could make the thawing process faster by reducing the wait time from hours to an hour. Be careful though; cars are really catchy to flames due to fuel so put a big space between the heat source and automobile.

Independent of the season, go to an automobile parts store and purchase antifreeze/coolants additives. These treatments are useful not during winters but in summers as well, so always remember to have one in your garage. It is recommended to put one or two bottles of antifreeze/coolants treatments into the car tank. You still have to wait for a few hours to let the antifreeze/coolant work, it will surely work. You can reduce waiting time even more by rocking the car back and forth to make the antifreeze blend quickly with the gasoline.

HOW CAN WE PREVENT A FROZEN FUEL LINE?

To avoid all the hassle of thawing a frozen fuel line, prevention is a key. Here are few tips on how to keep the fuel line from freezing aside from keeping the car inside your garage:

Reduce the moisture in the system; Water vapors are the main culprits for freezing fuel line. Condensation produces water, and we know that water freezes in cold temperature.

Antifreeze is a solution and a best way of prevention when it comes to frozen fuel lines. Just try to make sure you have followed the product’s instructions carefully.