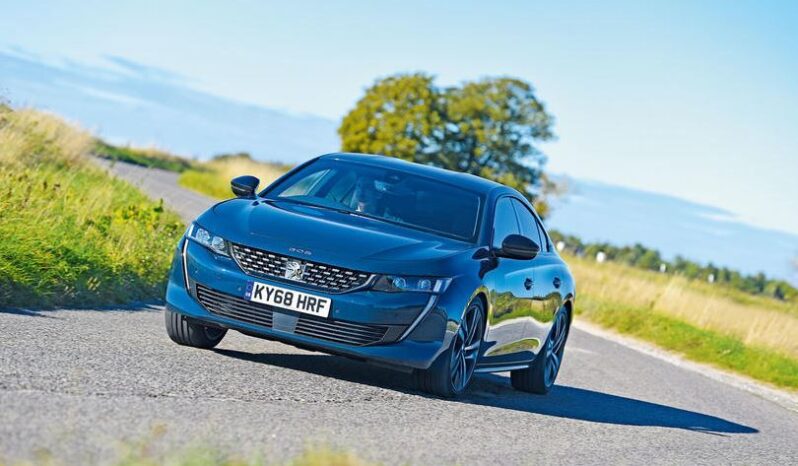 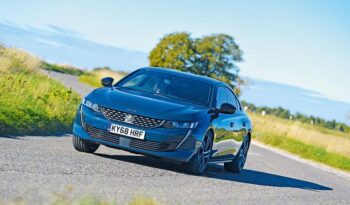 The mid-size family car Peugeot 508 was introduced by French automaker Peugeot in 2010 as a front-engine front-wheel drive, and it was considered a successor to Peugeot 407 and Peugeot 607. It shared the same platform with the 2nd generation of Citroen C5. The 2nd generation of Peugeot 508 went on sale in 2018, and it won the MOST BEAUTIFUL CAR OF THE YEAR 2018 in Paris. It is available with a variety of body styles that are; a 5 door liftback coupe, 5-door estate, and 4-door sedan (508L). It is available in different engine options with an automatic transmission that has been updated to an 8-speed transmission. The Peugeot 508 was also introduced to the Middle East in May 2019. The 508 L model is exclusively made for the Chinese market which is a four-door sedan with a conventional trunk instead of a fifth-door liftback configuration, and it has a longer wheelbase than the traditional 508. The entry of Peugeot into the Pakistani automobile market can bring Peugeot 508 in Pakistan too, and Peugeot’s lineup for Pakistan will be a sedan for sure after noticing the love for a sedan in Pakistani markets. It will have an elegant design with a signature front grille and an attractive overall appearance, while it may be available in 1.6 liters turbocharged engine with eight-speed automatic transmission. The other features of Peugeot 508 will be intuitive and similar to the imported sedan. The price for the Peugeot 508 will be comparable to Honda Civic Turbo in Pakistan. Before the official entry of Peugeot 508 in Pakistan, let us see the features of the imported version of 508 in the United Kingdom.

It is available in 5 trim levels that are:

GT: it is the best of all trims in terms of sports styling, and it offers Active Suspension, blind-spot indicator, 360-degree camera system, FOCAL HIFI audio system, and 19 inches alloy wheel and heated front seats.

The Peugeot 508 feels confident on roads and gives you a well-balanced ride. The steering response is progressive with well-measured damping, and you can turn the car confidently around twists and corners. The adaptive damping checks the body especially after a major undulation in sports mode. The automatic transmission is smooth with an easy and satisfying job. The acceleration of Peugeot 508 is exceptional as the petrol-powered entry-level engine takes 10 seconds to accelerate from 0 to 100 kilometers, while the higher-end petrol engine trim takes 7.3 seconds to speed up from 0 to 100 kilometers per hour. The fuel consumption of Peugeot 508 is appealing as the petrol-powered engine consumes 5.8 to 6.8 liters of petrol for traveling a distance of 100 kilometers. The Peugeot 508 diesel engine trim has a better fuel economy, and it consumes 4.6 to 5.4 liters of diesel to travel a distance of 100 kilometers.

The most attractive element of the body of Peugeot 508 is its signature grille on the front that holds a Peugeot logo on it and gives you a royal feel. Sleekly designed full-LED headlights flanked on the sides of the grille, and the rear LED tail lamps are giving claw effect lights. The GT model has GT Badges on its overall body, and the radiator grille is pronounced with chrome edge trims. The rear bumper is glossy black, and the side window trims are also colored in glossy black. The higher-end trims offer astonishing nineteen-inch diamond-cut alloy wheels that complete the sporty look of the car.

The inside of Peugeot 508 gives you ultimate luxury and comfort. The higher-end trim offers Mistral leather seats with grey Alcan Tara detailing, and it comes with a heating function. The driver’s and passenger seats are electrically adjusted and give you lumbar support. The Peugeot 508 cockpit consists of a configurable 12.3 inches head-up instrument panel that shows driving modes, night vision, navigation, and dials. It also gives you a multi-function steering wheel and a 10 inches touch screen that give access to automatic climate control, DRB Radio, Mirror screen, connected 3D Navigation, and smartphone interface. The electric impulse automatic gearbox takes less space in the cabin because of its small size, and it looks beautiful with leather and chrome trims with a piano black theme. There is a large panoramic sunroof that opens up to the natural light, and air and the boot area comes with a retractable shelf and has a luggage capacity of 530 liters. The luggage capacity for Peugeot 508 can be increased further up to 1780 by folding the rear seats.

“Expert car safety organization Euro NCAP bestowed the 508 with a very competitive five-star rating. No doubt contributing to this achievement are the many safety features Peugeot include for this car “. Some of the safety features of Peugeot 508 are as follows: