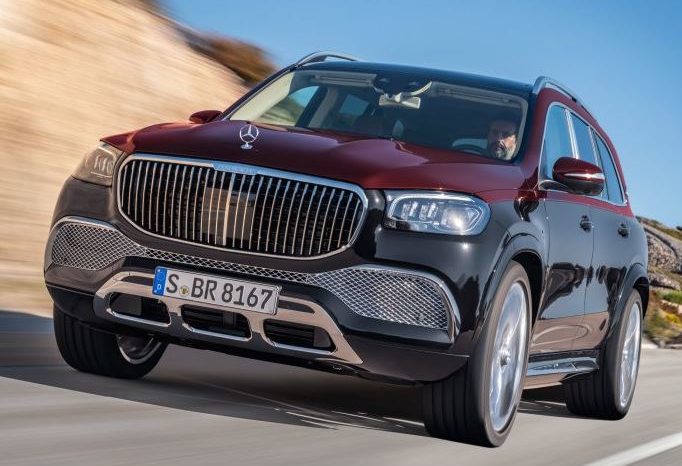 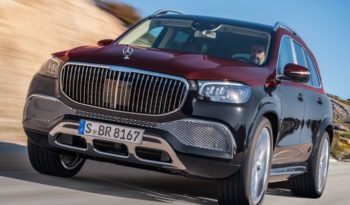 After a hit of G650, Maybach of Mercedes is ready to storm the luxury automobile market with its GLS 600 4Matic which will be permanent member of Maybach family and new form of luxury  by combining the looks  and technology of GLS with the luxurious features of Maybach. The Mercedes Maybach brand is known for its luxury and elegance which is clearly seen in GLS 600 depicting a sublime beauty along with bold aesthetics taking luxury to the next level while it has been ranked on number two among hybrid SUVs it will be a full size SUV with some changes seen in its facelift from previous Maybach S class as it will have vertical chrome shiny grille flanked by curved strips and side air intakes with a chrome accented frame holding Maybach logo imparted on its top. You will be provided with a 2 meter aluminum running board that swings out automatically for the convenience of patients to enter and exit the car easily. It has been introduced with an innovated suspension technology named as E Active Body Control Suspension giving you maximum comfort and meeting high standards. It will be launched in mid of 2020 in United States markets but people are already excited for its release.

Mercedes Maybach GLS 600  gets its power from a 4 liters 3982 cc V8 engine capable of producing 410 Kilowatts of power and torque of 730 Nm while a 48 volts EQ Boost system also accompanies the engine to run the SUV more powerfully. As already mentioned above its suspension is made better with E Active Body Control suspension along with AIRMATIC AIR suspension and Adaptive damping system plus suspension. The hybrid technology saves fuel with integrated starter technology and provides a nine speed automatic transmission providing maximum level of ride comfort. It can tow up to 7650 pounds of load while it’s off road driving abilities are extra ordinary. It gives you the option of comfort driving mode, sport mode and sport plus driving mode among which sport mode is loved the most. It is a bit nimble in city traffics but it drives more comfortably at high speeds on highways.

It is a combination of both Mercedes traditional looks and Maybach giving a very stylish standing holding a radiator grille imparted with 2 horizontal large stars and Maybach logo on top of chrome frame. Side panels of the vehicle have running boards fixed in them that come out automatically when a passenger opens his door to come out or come in the car. There are two box shaped silhouettes with round cut edges and the large sized grille on front bumps into the bumper at front and flanked by headlights on its sideways that are larger in size than the previous models. Rear end of GLS 600 is kept simple and elegant with bold LED tail lights brightening your pathways and a boxy shaped end giving you real aggressive looks to gaze your looks on this super luxurious item.

Interior side of Mercedes Maybach GLS 600 is very spacious that offers generous space to its passengers and even the driver capable to accommodate 4 to 5 passengers. Its cabin give you the feel at home by giving you extraordinary luxury and comfort especially when talking about its rear end that provides you a relaxation zone with its heated and cooled seats and the luxury is further enhanced by high resolution touch screens provided for your infotainment by a 12.3 inches touch screen fixed on dashboard and Samsung tablets in second row.


It also comes with an option of seven seats providing captain chairs in second row. The wooden panels complete the astonishing luxurious looks of the cabin while the cherry on the top is its power moon roof brightening your cabin with the moonlight. It comes with latest safety features to ensure you a safe drive. Some of these features include automatic emergency brakes, cross traffic alert system, pedestrian detecting alarm, adaptive cruise control, active lane control and car to x communication system that warns the driver of any hazards coming on roads.

Exact price of Mercedes Maybach GLS 600 has not yet been confirmed by the company but it could start at a price of 300,000 US dollars and will be among most expensive SUVs in United States.