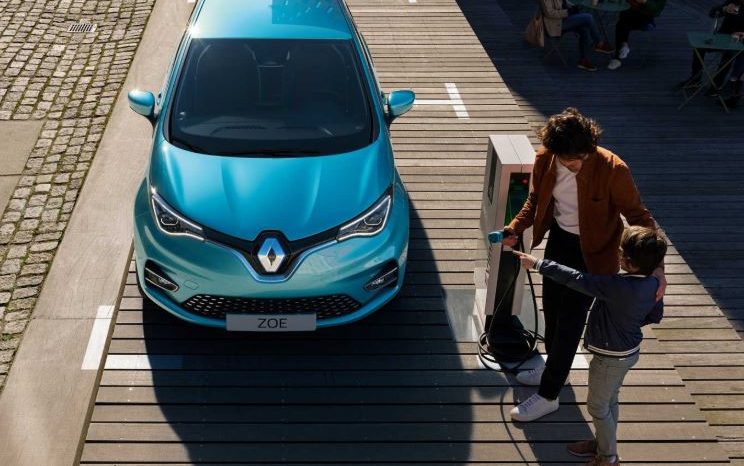 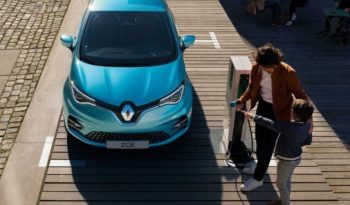 Renault Zoe was unveiled in June 2019 which was announced to have a bigger battery that would give a range of 242 miles. Renault Zoe has been awarded as the best smallest electric car in WHAT CAR awards and it has been winning this rank for the last seven years. There are no drastic changes made in the latest Zoe but it offers a more powerful motor having an upgraded bigger battery option. It beats all its rivals giving thanks to its eye-catching modernized looks and composed handling along with quick acceleration. The surprisingly remarkable performance of the Renault Zoe makes it worth every penny you spent on it.

It can be charged a hundred percent in just three hours. It provides you with three battery charging capacities among which the fastest one is 80 KWH dynamique. The cheapest battery charging option is also the 80kwh Dynamique while the greenest one is 65kwh Dynamique and 50kwh quick charging can be done by paying an additional 750 pounds and takes only half an hour to give you a driving mileage of extra ninety miles.

It is available in three trims that include the Play version, the Ionic version, and the GT line trim. The price of Renault Zoe is reduced a lot due to the Government’s plug-in grant of the United Kingdom to promote the sales of all-electric cars in countries that are environmentally friendly and its deliveries are started already. Currently, other Versions of Renault Zoe are no more available for sale and only GT Line Plus Trim is available.

The new powerful motor of Renault Zoe R135 is quicker than previous ones powered by 52 KWh batteries which are similar in size to old batteries and holds less interior space. It generates a horsepower of 134 bhp and torque of 181 pounds-feet and makes the acceleration quicker enough to sprint from zero to 30 miles per hour in 3.9 seconds. The Zoe gives you enough confidence to exploit gaps in towns sprightly and move faster on roads and gives you a driving range of 245 miles which is greater than all its rivals with an average of 4.9 miles per kilowatt-hour.

It provides you with different driving modes in which eco mode is to throttle a sleeping tablet, B mode allows you to run the car as one pedal car, and D mode let you drive slower even when lifting the throttle off. The quality of ride in Renault Zoe is quite comfortable unless you are driving over broken surfaces but overall the handling and suspension are much better making it fun to drive with its fluffy and light steering response.

The modernized looks of Renault Zoe revolutionize your life with its sculpted contours and compact shape. The front end holds a black grille accented with blue colored chrome diamond logo giving an astonishing appearance while the slender-shaped blue headlights amaze your looks and LED daytime running lights are fixed into it.

Rear-end of Zoe holds a more modern identity with designer rear headlights having boomerang lighting and red brake lights. This five-door car gives a resembling appearance of a coupe as the rear door handles are designed in a way it incorporates into the frames of windows. Length, width, Height: It is 4087 millimeters in length, 1787 millimeters in width, and 1562 millimeters in height.

The interior design of Renault Zoe symbolizes peace and elegance while evoking natural elements and displaying an emblematic dashboard on the front accented with chrome trims. Electric train-inspired seating provides you maximum comfort and relaxation while the cabin is spacious but the rear seats have average legroom.


9.3 inches touch screen display is mounted on the dashboard to give you infotainment while a ten inches display screen is fixed behind the steering wheel and used as an instrumental cluster.