Engine and performance of the car:

The 2019 Corolla Xli is powered by a 1298cc DOHC Sixteen valve VVT-I four-cylinder engine that generates 84 horsepower with 121 lb-ft of torque. It offers a sequential multiport fuel injection system and has a maximum fuel tank capacity of fifty-five liters.

The handling of the car is easy, and the drive is comfortable and smooth because of the MacPherson strut-type suspension on the front and rear torsion beam on the rear. The braking system improved with ventilated disc axles on the front and solid disc axles on the back. It is available in both manual and automatic transmission while it can reach a maximum speed of 240 kilometers per hour. Toyota Corolla has always been a fuel economical car covering a satisfying mileage per liter, in the same way, the Xli 2019 also has satisfied fuel economy by running mileage of around 12 to 16 kilometers per liter.

Toyota Corolla Xli is 4620 millimeters in length, 1755 millimeters wide, and 1475 millimeters in height. It has a chrome grille on the front to look dashing, and the halogen headlights with high beam intensity make the drive trouble-free. The bumper was redesigned with the addition of body-colored mud flaps, LED clearance lamps, and turning side mirrors with an attractive facelift, and the fifteen inches wheel caps give a more sporty look to the car. It is available in six exterior shades including silver metallic, bronze mica, attitude black, white, grey graphite, and blue. 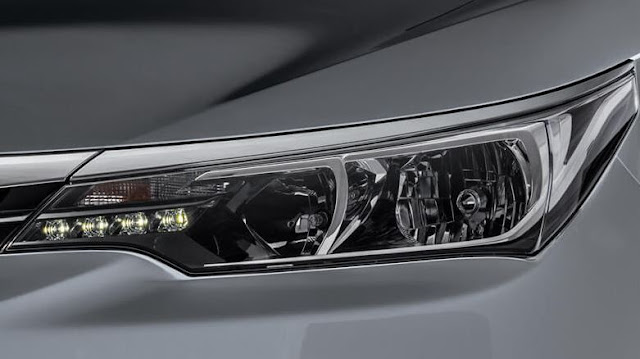 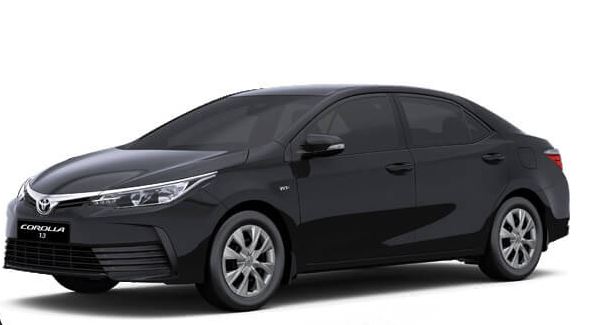 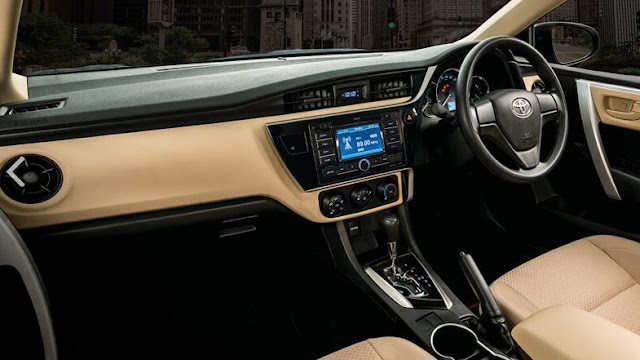 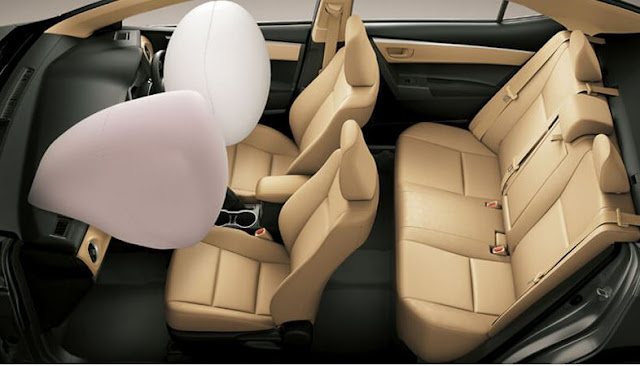 The Toyota Corolla is one of the most loved cars among people despite its strong rivals including the Honda City, Honda Civic, Suzuki CIAZ.

The GLi model is a bit advanced from the Xli with more advanced features and a price rate of three lacs more than Xli. GLi is equipped with an anti-lock braking system, brake assistance system, and electronic brake distribution, While the Xli lacks some features including the remote boot, keyless entry and the size of the display screen is relatively smaller than the screen present in GLi. A rearview camera is also lacking in Xli along with a high mount stop lamp, and the Xli has two speakers for audio while the GLi has four speakers in its audio system. The luggage carrying capacity and the dimensions are the same in both the trims and the engine capacity is the same. Xli is the lowest trim level available among Toyota Corolla trims but is equipped with all the standard features.

Price in the market:

The maintenance price of the Toyota Corolla is also very reasonable that is the main reason that makes it a favorite among the customers. It will not be wrong to call it the most loved and most commonly seen luxurious sedan on the roads of our country, which is very economical as compared to other competitors of this class.

As the corolla is considered the most affordable because of its spare parts & fuel efficiency but recently there has been heard much News related to corolla accidents, not corolla but other brands as well. But most of the News related to the new models of corolla those stuck into accidents and airbags didn’t work & people lost their lives. Other than affordability corolla should be considered the more important safety of the customers.