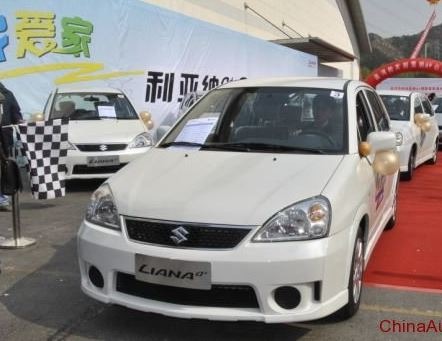 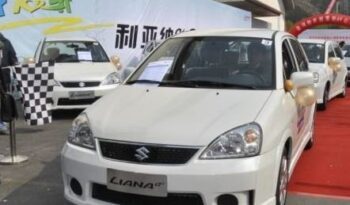 Japanese automobile manufacturer Suzuki introduced a new hatchback in 2001 at the Geneva Motor Show that was built on the design of Baleno. The Suzuki Liana was introduced as an all-wheel-drive car that uses a multi-plate clutch to drive its rear wheels and the front-wheel-drive option was also available at a very affordable price. Pak Suzuki brought Liana to Pakistani automobile markets in 2004 that was considered to replace the Baleno but unfortunately, it could not get that much success as expected. Although Pak Suzuki gave a facelift update to Liana in 2009, it could not get many customers, and it had to be continued in 2014. Suzuki Liana was also called Suzuki Aerio in other countries, and a variety of engine options were available in it. All other countries discontinued liana except China, where it remained in markets till 2018. A new model Liana A+ was introduced in China in 2010, which was updated in 2013, and finally, China also discontinued Liana in 2018. You will not find a brand new Liana now but when buying 2nd hand used cars that must be budget-friendly and a family car to accommodate five adults of the family comfortably then Suzuki Liana can be your preference as Pak Suzuki vehicles are almost most loved by the customers due to their lower prices and easy availability of its spare parts.

Liana delivers refined ride quality with two engine choices. The five-speed manual transmission gives you a crisp feeling that lets you change the gears efficiently and makes good use of the engine’s peak torque. Handling of Liana is also an issue gripping the car tightly on the road minimizing the body roll. It does not ensure a safe and controlled turning of the car around twists and turns because of its poor aerodynamics, and it can also lose speed while taking turns. It offers you a power steering that makes the car easy to handle and lets the drivers playfully turn the steering with minimum effort. The 13 liters engine gives you a mileage of 11 kilometers per liter, giving an estimated range of up to 550 miles with a fuel tank capacity of 50 liters. On the other hand, the 16 liters engine gives you a mileage of 13 kilometers per liter in the city and 18 kilometers per liter on highways. The acceleration of Liana is not appreciated, but it is better than Corolla on the highways, but within-the-city, it is just average. The microprocessor of Liana cuts down its power from the engine to give a good fuel economy Thus, it lacks overwhelming acceleration.  The weight of Liana is designed to allow it to stay on-road and avoid skidding due to its break downforce. The braking system of Liana is also efficient, using ventilated disc brakes at the front and drum brakes at the rear. Liana is an electronic car by Suzuki, so ordinary mechanics cannot handle the issues faced by it, and one of the drawbacks faced by customers is its maintenance. Liana has to be repaired by authorized Suzuki workshops, so trained mechanics fix the problems.

The last and latest model of Suzuki Liana holds a beautiful design that has a sleek front that is featured-with a black grille in the center having angular headlights on sideways. The attractive black grille on the front holds chrome encrypted stripes all along it. On the other hand, the rear end is also beautiful that features a chrome bar that runs through the middle of the trunk. Triangular taillights are aye catching on the rear-end. Alloy wheels are also available in Eminent trim of Liana that looks bold and attractive.

Suzuki Liana is around 4.2 meters long that is much larger to accommodate five passengers, and it gives you an exceptional interior room with good legroom and headroom for the passengers. The interior is not only roomy but also comfortable, and is equipped with many features for your convenience. Some of the convenient features include an air conditioner, heater, CD player, four to seven speakers, cup holders, power doors, power mirrors, power steering, traction control, central locking system, remote keyless entry, immobilizer, and multi-info system.  The digital instrumental display assists the drivers to see the information related to fuel level, engine RPM, and dual trip meters. Another impressive feature of Liana is that it can carry enough luggage in its boot, and the rear seats can be folded to increase the luggage capacity. The quality of materials used in the cabin is average, using plastic trims throughout the cabin, and even the door handles,  air vents, the center console is also made from accented plastic.

Some of the safety features offered in the last model of Liana include dual airbags for giving maximum protection against collision, side collision impact beams, engine immobilizer, front seat belt pre-tensioners, and an anti-lock braking system with the electronic brake-force distribution.

Although Suzuki Liana has been discontinued by Pak Suzuki Motors now, still seeing Liana on roads is proof of its love by customers. The newest models of Liana are available as low as 5 to 6 lacs Pakistani rupees, but the recent model is available at a bit higher price because it has been updated with the latest features. If you are looking for a 2nd hand big car that gives you a good fuel average and a good ride quality, then you must go and find a Liana in a good position.