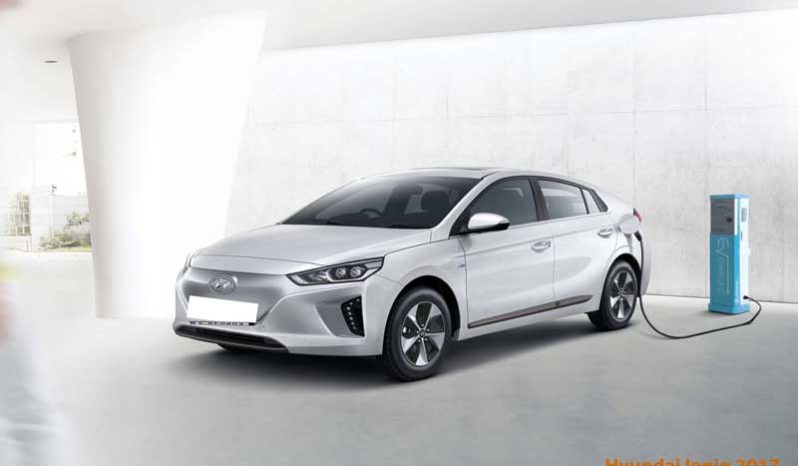 Hyundai Nishat is coming back into the automotive industry in Pakistan. During year 2018-19 Hyundai Nishat has launched multiple vehicles targeted to meet the market gap in Pakistan. Hyundai launched an SUV by the name Santa FE followed by a mini-van Hyundai Grand Starex. However recently there has been a speculation about Hyundai launching other vehicles from their lineup.

Hyundai Ioniq is recently launched by Hyundai Nishat as 1st gen regular Hybrid version. Ionic is launched as completely imported CBU unit. Hyundai Nishat plant is being constructed in Faisalabad, Pakistan. However we’ll have the local production and manufacturing during late 2020’s and onwards. Along with that Is Hyundai going to assemble and produce all the vehicles from lineup or just some off-the-list, we are not quite sure. Till then expect CBU imported units which obviously costs more after taxes and duties. However the current scenario of Automotive Industry in Pakistan and the way pricing are fluctuating rather increasing with every month, it’s hard to say that the local production will cost less. With that being said let’s have a look at price tag of Hyundai Ioniq in Pakistan.

Hyundai Ioniq is offered in 1.6-litre Plug-in hybrid engine paired with 32kW electric motor. The engine and electric motor combine makes about 139hp. The 1.5L engine is married to 6-speed automatic Dual-clutch Transmission.  Therefore it shifts pretty fast between the gears maintaining the pace for Ioniq.

Comparing the performance specs and referencing it with what we have in local production, Hyundai Ioniq doe the jobs pretty well in that department. For example Honda Civic X with 1.8-litre engine does 139 hp same as the Ioniq. Toyota Corolla Grande 1.8 does the same 138-139 mark. So power wise Hyundai Ioniq is not far behind its local industry competitors.

Hyundai Ioniq comes with Macpherson suspension in the front and multi-link rear suspension at the back. On the inside the Hyundai Ioniq is best among its league. 5-inches touchscreen infotainment panel is positioned right between the two AC vents. Right beneath the infotainment panel, you get buttons and knobs in form of bars for various cabin functions followed by climate control beneath. Gear and driving modes are situated on the central console. The steering wheel for Hyundai Ioniq has a flat-bed ending at the bottom which enhances the look of interior. There is plenty of space for cup holders and putting stuff around in the middle just in front of center console. The black on black interior actually gives it a premium look.

Hyundai Ioniq claims one of the best hybrid averages in its league. Hyundai Ioniq in real world testing claims a score of highway and local combines 25 km per liter. Given that it’s a daily use compact sedan without electric or plug-in charging, the 25 km per liter is what most of us desire to achieve.

Hyundai Ioniq comparison to rest of the world:

This massive gap of almost double or two-third of the price is subjected to heavy duties and taxation along with importers urge to make money off the vehicles. In other words the Ioniq costs twice more as what it does internationally, hence the price justification to me doesn’t make sense. With that being said, none of the prices currently do make sense which explains why consumers aren’t buying brand new vehicles from any manufacturer at the moment.

As of the current market pricing the rivals of Hyundai Ioniq include Toyota Prius launched by Toyota Indus Pakistan at a price of 8.4 million, which to a normal human mind seems absurd. However in the 6.4 million range, what Hyundai Ioniq costs the list of vehicles is very short. Kia Sportage is the top competitor even though an SUV and hybrid sedan doesn’t make much of comparison price wise.

Hyundai Ioniq at a 6.4 million PKR range seems odd, however Hyundai Nishat is just keeping the brand name in eyes of public till the production plant gets ready for manufacturing. Till then there isn’t much of justification on pricing of Hyundai Ioniq.