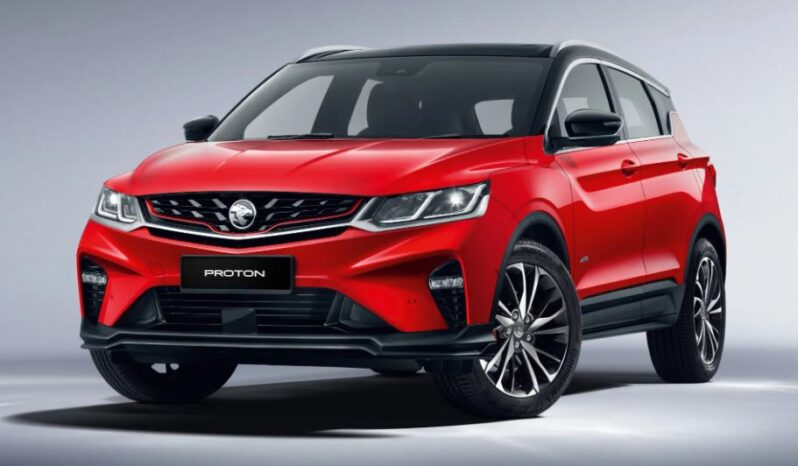 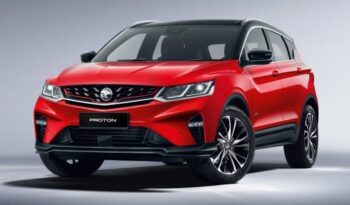 Malaysian automobile company Proton launched its second SUV X50 on 27th September 2020 in Malaysia. It is built on a BMA platform designed as a front-engine and the front-wheel-drive car that is also known as Geely Binyue in China. It was first seen on the roads of Malaysia in February 2019 under the testing phase, and now the wait is finally over, revealing the official X50 on roads. The Proton has now made its entry into the contested B segment crossover market, providing you with up-to-date features. The X50 SUV is smaller than the X70, and its design is based on Binyue. The entry of Proton X50 is a major competition for Honda HR-V and Honda Vezel that are the two most favorite SUVs of the customers, especially in Pakistan. Proton is planning the launch of the Proton X50 imported version in Pakistan too, after the launch of Proton X70. The all-new Proton X50 delivers powerful performance and outstanding safety features while, on the other hand, its stylish design and comfortable interior add more beauty to it. It offers you two engine options and a transmission option of a seven-speed dual-clutch while another wonderful feature of X50 is its safety ratings that state it has been awarded 5-stars on ASEAN NCAP scores, declaring it the safest SUV.

Proton X50 is a car to drive confidently that beautifully and smoothly turns around corners with strong potential and maintains a perfect balance between efficiency and performance. The 1.5 liters engine produces a large amount of power and torque, and its 7-speed dual-clutch transmission is also efficient that has a bit of throttle lag that is there to protect the durability of the gearbox. It features Macpherson strut axles on the front and a torsion beam on the rear that gives you a smooth and balanced suspension. Proton X50 can sprint from zero to a hundred miles per hour in just 8 seconds, and the braking system is also efficient that gives you a complete stop automatically when you apply brakes. Now the X50 also features a remote engine start letting you warm up the engine before entering inside the car. It gives you the option of three driving modes that are Normal mode, Eco mode, and Sport mode, which can be selected as per the requirements and conditions. Fuel consumption of Proton X50 is also economical that gives you a mileage of hundred kilometers with a consumption of 6.5 liters and offers a fuel tank capacity of forty-five liters. Flagship-trim equipped with a 1.5T GDI engine delivering you more power and torque, and it takes 7.9 seconds to accelerate from zero to hundred kilometers per hour, all the other trims of X50 SUV equipped with a 1.5T PFI engine.

Proton X50 features a sportier design that has an Infinite Weave-designed grille on the front paired with a striking red stripe flowing down to the round Proton badge sculpted in the center while sleek LED headlights are given on both sides. Large-sized air intakes and front spoiler are present on its bottom while fog lights are provided, along with the corners of LED headlights. The rear end is also attractive that has trapezoid-shaped LED tail-lights joined by a chrome strip that carries a Proton badge on it. Flagship trim also has a black roof, dual-tone color body, and A-pillars joining firmly to the bonnet. Standard and Executive trim are equipped with seventeen inches alloy wheels while Premium and Flagship trims are equipped with eighteen inches two-tone alloy wheels that look beautiful from all angles.

The interior design of Proton X50 is equally attractive as an exterior that has a dashboard having fake stitching and a tall center console. There is a storage space given under the console, and a 12 Volt socket along with USB ports, can be found on the console. Flagship and Premium trims are equipped with leather-covered seats that have red and black theme colors, and soft-touch materials are used all over the cabin. Standard and executive trims get an eight inches touch screen display for infotainment and an analog instrumental cluster, and the Flagship and Premium trim features 10.25 inches display screen for infotainment and a seven inches digital screen for the instrumental cluster.

Proton X50 has GKUI 19 system giving you weather information, online navigation, smartphone screen mirroring, and a Joox music streaming system. Apart from all the luxuries, you will also get a remarkable luggage space of 330 liters in Proton X50 that is somehow smaller than its competitors, but you can fold the rear seats to increase the luggage space.

Proton X50 is an exceptional car in its class, and it is going to sell like hot cakes in the market against its Japanese and European rivals. Although only a thousand units are going to be delivered by December 2020, we will see loads of Proton X50 on roads by 2021. Al-Haj group has announced bringing up X70 crossover in Pakistani markets by the end of this year, but we have not heard any news regarding its launch yet. We also expect to see X50 in Pakistani markets, but this could be possible after the launch of X70 in 2021, and once X50 will be-launched in Pakistan, it will give a threat to existing SUVs in the market.