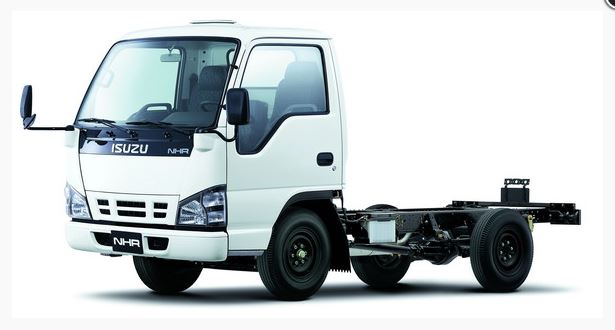 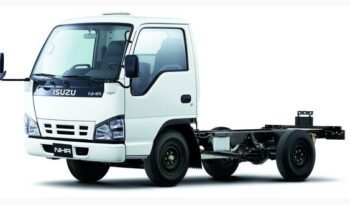 ISUZU introduced its medium-duty truck known as Elf in Japan in 1959, also called the N series outside Japan. It has been supplied to various countries, and the latest sixth-generation is available in markets now, which was introduced in 2006. NHR is one of the vehicles quite demanding in this N series. The NHR received some facelift changes in 2019, and it remains unchanged for 2021 too. The ISUZU NHR is a Flexi-truck that suits your everyday needs. This versatile truck can transport people, and this can be easily converted into a cargo truck by folding seats at the back, so the loading and unloading are made easy. Ghandhara Industries is the distributor of ISUZU Motors in Pakistan, and it has been supplying NHR across Pakistan. The ISUZU NHR available in Pakistan is a 4×2 pickup truck that delivers impressive performance and offers you a five-speed manual transmission. It has been equipped with an advanced and powerful diesel engine and features an exhaust gas recirculation system. This system lowers the combustion temperature and reduces emission levels by mixing fresh air and exhaust gases into the cylinder. Thus the performance of the truck is not compromised despite heavy cargo or passengers loaded in it.

It is powered by a 4B1, OHV, Water cooled diesel engine with a displacement of 2771 CC. It can generate a maximum output of 80 PS (78hp) at 3600 RPM and maximum torque of 175 Nm at 2000 RPM. It gives you enhanced fuel efficiency because of its electronically controlled common rail fuel injection system that enhances the accuracy of timing at which the fuel is injected. The variable geometric system maximizes low-speed torque and acceleration that increases fuel economy and reduces the particulate matter. The transmission type it offers is the five-speed manual transmission with one reverse gear and synchronizer. The final gear ratio achieved is 4.875.

ISUZU NHR delivers a smooth and comfortable drive with a precise operation. Its transmission is smooth with easy throttle changes, and the clutch operation is also smooth. In Pakistan, a manual transmission is available. Still, an automatic transmission is also available in other countries that operate without the clutch and delivers smooth performance with a Smoother EX transmission mode. The diesel engine is mated with an EGR system that makes it an eco-friendly vehicle and many other functions increase the fuel efficiency, as already mentioned above. Thus it gives you an impressive range of mileage, which is quite impressive in a medium truck lineup. Its fuel economy is better than all other trucks in its competition. The handling of the truck is also not bad, making turns and curves easy with its power-steering. So, the parking of the truck also gets easy within narrow spaces. The semi-elliptical steel leaf spring suspension at the front and hydraulic double-acting suspension at the rear gives the best shock, absorbing feature to absorb all the road’s bumps and irregularities. It gives you a fuel tank capacity of seventy-five liters. The four-wheel-drive delivers high driving performance, and you can easily switch between the two-wheel-drive to a four-wheel-drive system. An indicator lights up when a four-wheel-drive is selected, and you flip the switch to a two-wheel-drive when needed. One of the best features of this truck is that it adopts internet technology to track truck information. You can now know the truck’s condition, malfunctions of the truck, failure of the engine, safety operation, and consumables anytime with internet technology. Drivers now enjoy a clear field of vision with its wide windshield so the driver can drive the truck conveniently and safely. The compound curvature side mirrors also give you an enhanced indirect view that assists the drivers in their drive. This truck’s braking system is good which makes the applying of brakes convenient, even when heavy cargo is loaded in it.

ISUZU NHR is 4590 millimeters in length with an overall width of 1695 millimeters of width, whose front end features a typical truck design, and the standard model has a flat body type at its rear so that it can carry cargo in it. The double-cab option can also be chosen, dividing the interior cabin into two rows, and the cargo area remains the same. The cargo area can be customized into a box body so cargo can be carried-safely. Thus, the versatility of this Isuzu NHR varies. Isuzu NHR can be used for either a cargo truck, an ambulance, a police wagon, or other commercial purposes.

The interior cabin of ISUZU NHR is comfortable, giving a relaxing journey to the driver and front passenger. There is a new panel design, and the LED Meter panel graphics are also improved. You will get drawer-type cup holders and power windows along with a central door lock for the-convenience-of the passenger. Factory fitted air conditioning system makes the journey comfortable, so your long day cargo transportation remains fresh and energetic. The cab is now spacious than before, so it is comfortable than before.

The extra-large brakes at the front and rear improve braking performance so the ride can be made safe. Three-point system seatbelts offered in its cabin protect the driver and passengers during accidents, so the severity of accidents can be avoided. The pre-crash brakes featured in it can detect the risk of collision, and you will get a distance-warning alarm between other vehicles. Similarly, a departure warning alarm will also make the drive safe. All these alarms operate automatically to prevent accidents. There is also a rearview camera, so you can recognize the pedestrians properly, and thus the risk of collision with a pedestrian can-be-minimized.