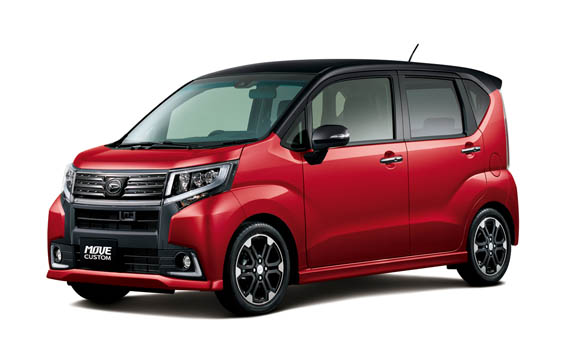 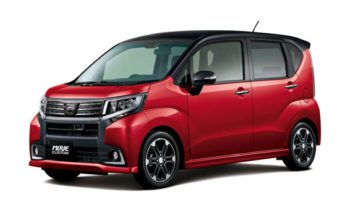 Daihatsu Move Custom RS is a 659 cc car with having KF-DET Turbo engine with inline 3 cylinders and 64 horsepower, Automatic CVT transmission. Fuel efficiency is so good because of its small engine It gives 12 km per liter within the city and 16 km per liter on the highway. Equipped with a lot of features that provide comfort to driver and passenger. Internally and externally quite beautiful for a youngster especially. Best for home use within the city but not good for traveling on hills or in mountains area because of its small engine.The major difference between move Custom 2015 and Move custom RS is its external looks and some features plus fog lights on the front these small changes make a lot of difference in Move Custom RS 2018. More beautiful the use of color combination more the users will attract and attracting more users means having more profit. for checking the full specifications and features of Move Custom RS 2018 you can move below. Must share your comments and reviews about the car.

Japanese automobile manufacturers introduced the Kei car named Daihatsu Move in 1995. It was a compact car that made a successful entry in the automobile market with a sale of 500,000 units of Move-in first three years of its production. It was initially introduced with a 658 cc engine and transmission options of both manual and automatic. Many new models have been upgraded from time to time and the recent model available in markets is LA150/LA160 which was released in 2014 and is available up till now. It is the sixth generation of Move which was launched officially in Japan in December 2014. Daihatsu exported the Move all over the world including Europe and other countries. But unfortunately due to poor sales, Daihatsu stopped the sale in European markets but Pakistan was explored to be the favorable market for Daihatsu and its sixth generation also became popular in Pakistani automobile markets. It was a light weighted car with a highly rigid body and improved suspension along with good fuel economy. We will discuss the features of the Daihatsu Move Custom in detail today.

It is powered by a 658cc three-inline DOHC 12 valve engine that generates a power of 51hp at 6800 rpm and torque of 60Nm at 5200rpm. It offers a fuel tank capacity of thirty liters and a seating capacity for four adult passengers. It offers a top speed of 140 kilometers with transmission option of automatic only. It offers a good mileage of 29 kilometers per liter in the city and thirty-one kilometers per liter on highways. Its Macpherson strut suspension on the front and torsion beam on the back makes the drive smooth and better along with the improved braking system.

It is 3395 millimeters in length, 1475 millimeters in width, 1630 millimeters in height, and has a ground clearance of 150 millimeters. It is available in various color options including dark blue, pearl white, fire quartz red, unique orange, and nightshade purple. It has fourteen inches alloy wheels that add beauty to the car. It is equipped with body-colored bumpers and offering opposed wined shield wipers. It also offers an electronic brake force distribution system along with security alarms for door opening and seat belts. 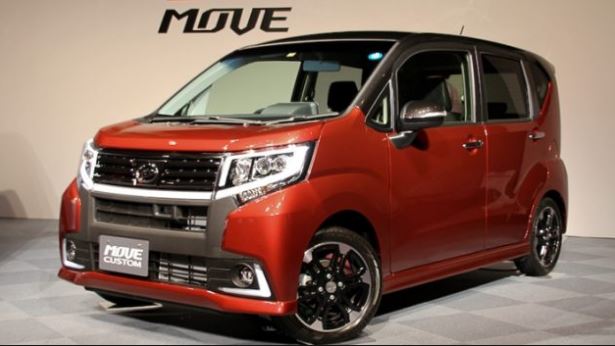 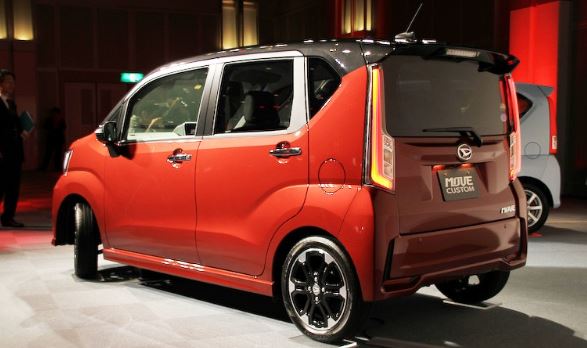 The interior of the car is stylish with fabric covering seats and seating capacity for four adults. Interior theme colors include black, grey, and black to make the cabin look decent and simple. It is equipped with all basic features including power steering, keyless entry, power windows, power door locks, seat belts for front passengers, airbags for safety, front console, cabin lights, sun visor, air conditioner, heater, folding back seats,  MP3 player with radio and powerful speaker system for entertainment and cup holders for traveling with comfort and ease. 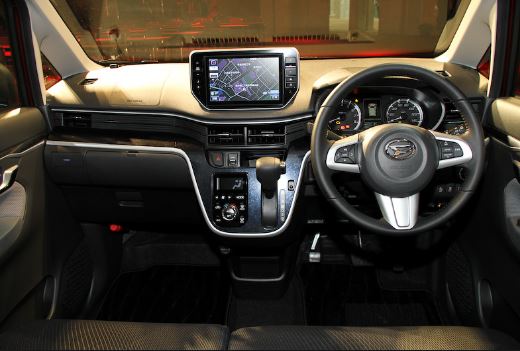 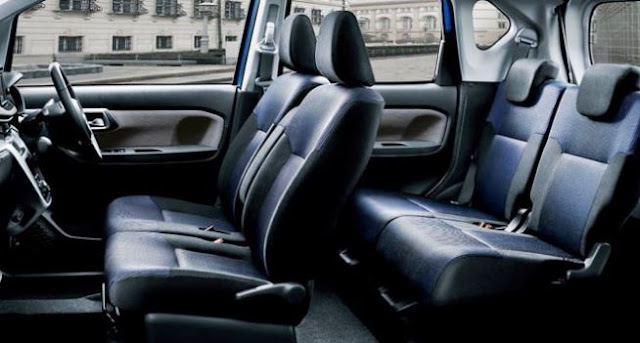 One of the attractive features of the Move Custom is its sleek and beautiful design with low-profile alloy wheels that gives an eye-catching appearance to the vehicle. The inside cabin is very comfortable with soft and relaxing seats like a sofa that makes the entire ride comfortable. The cabin is also spacious with satisfactory headroom and legroom for passengers. This variant has a better performance as compared to other variants because of the turbo intercooler installed in it which lets it have a faster acceleration as compared to other variants. It also offers a satisfying fuel economy. It is a lighter weight variant as compared to the previous models and it offers a rigid body structure with improved suspension that allows smooth handling of the car and it also provides all basic safety features required by the vehicle to drive safely on roads. Lastly, it is a very reliable and durable car that does not show major issues frequently and runs smoothly on roads.

One of the issues noticed is the low performance of the engine while using AC for longer routes. It will put more pressure on the engine. The overall style of the car is a bit old and wagon-type appearance that is not loved by every customer. The interior cabin can also be improved with a better infotainment system including more speakers, woofers, and a touch screen along with a parking camera and a better navigation system. One of the major issues in keeping this car is its high-cost spare parts which will make the maintenance value very high and then the resale value of the car is also not promising.

It has its major competitors including Nissan Mocco, Mitsubishi Ek Wagon, Daihatsu Mira and Suzuki Wagon R. with no doubt many new and latest models have been introduced in the market with the latest designs and technologies but Daihatsu has its fame because of its longer-lasting durable, and reliable vehicles. If you are planning to buy the used model of Daihatsu Move Custom turbo cooled variant then its reliability, comfortable interior, lighter bodyweight, enhanced engine performance, satisfactory fuel economy along with all basic standard safety features with a price starting from 14 lacs Pakistani rupees will prefer your choice to buy the Daihatsu Move Custom model.

Write Your Review & Comments Below: