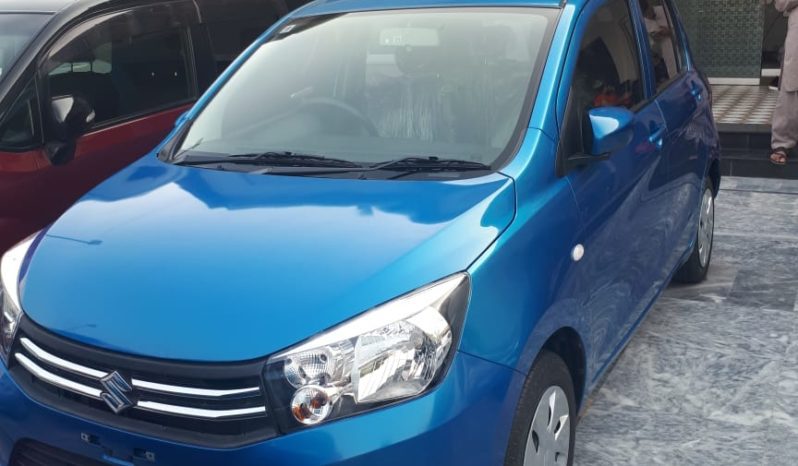 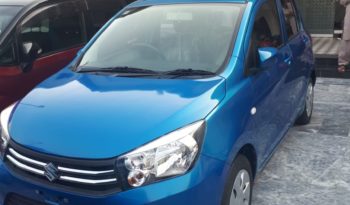 Suzuki Celerio was initially launched in 2014 as a city car in Japan. It was introduced as a five-door hatchback with front-engine, front-wheel drive, and two variants including 998cc petrol and 793cc diesel. It was unveiled at the Auto Expo in 2014 in India and later on at the Geneva Motor show. Pak Suzuki launched the Suzuki Celerio as a rebadged version of Cultus MK-IV and in India, it was released as a rebadged version of Maruti Suzuki. It was also manufactured in Thailand by Suzuki Thailand. It was Pakistan’s first car with an Auto Gear shift feature in which the gearbox has a manual transmission with a transmission control unit that will actuate the hydraulics to change gears. Pak Suzuki launched the third generation of Suzuki Cultus globally named Celerio on 22nd April 2017. Pak Suzuki has now redesigned the Cultus with an all-new design framework with a sophisticated and elegant appearance with the concept of a budget-friendly, fuel-efficient family car. This 2019 model was launched in two versions including VXR and VXL. VXL is the top variant equipped with all the latest features. This 2019 model of Pak Suzuki Cultus was launched at the start of 2019. It is bigger than Suzuki Alto and Suzuki Celerio approved all test drives and test phases in the city. India is also going to release Maruti Suzuki Celerio with an updated design and advanced safety features and is available at the starting price of 4.30 lacs Indian Rupees. It is a five-speed manual gearbox and automatic transmission car. In Pakistan, Suzuki Cultus is available with the starting price of 14 lacs Pakistani rupees.

Engine and performance of Suzuki Celerio:

It is powered by a 998cc DOHC three cylinders twelve-valve petrol engine that generates an engine power of 67hp at 6000rpm and torque of 90Nm at 3500rpm. It offers a fuel tank capacity of thirty-five liters and provides a mileage of sixteen kilometers per liter in the city and twenty kilometers per liter on highways. Suzuki Celerio offers five gear manual transmissions and automatic transmission and has a turning radius of a minimum of 4.7 meters. It is equipped with Macpherson to strut with coil spring suspension on the front while torsion beam suspension on the back. Brakes of the car are also improved with rear brakes with drum and ventilated disc at front brakes. It is the first automatic manual transmission car that has a better engine than previous models. It passed all safe drive tests including the Euro NCAP crash test.

It is a car with an overall length of 3600 millimeters, a width of 1600 millimeters, a height of 1540 millimeters, and a ground clearance of 150 millimeters. It has an angular-shaped front design with a chrome encrypted grille designed between the newly designed sleek headlights. The fog lights are circular in shape which gives a very stylish look to the car. The back of the car is a styled trapezium in shape with stacked taillights. The overall appearance of the car is attractive and proportioned. Fourteen inches alloy wheels with a tire proportion of 165/65 add more attractiveness to its design. The car is equipped with a defogger and front fog lights to drive safely in extreme weather conditions. It is also provided with front and rear wined wipers to drive in heavy rainfall without any problem. 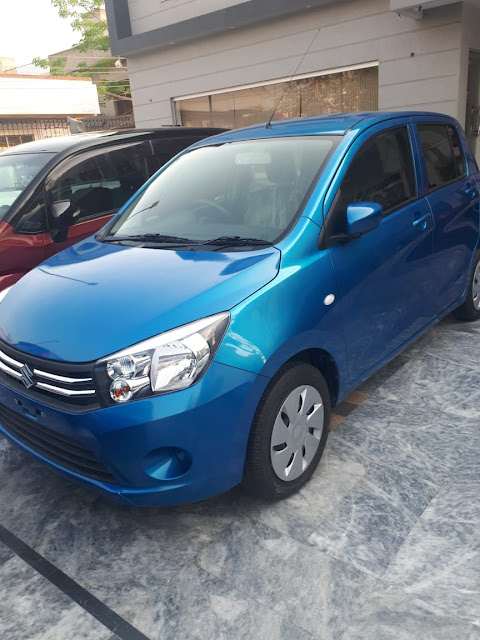 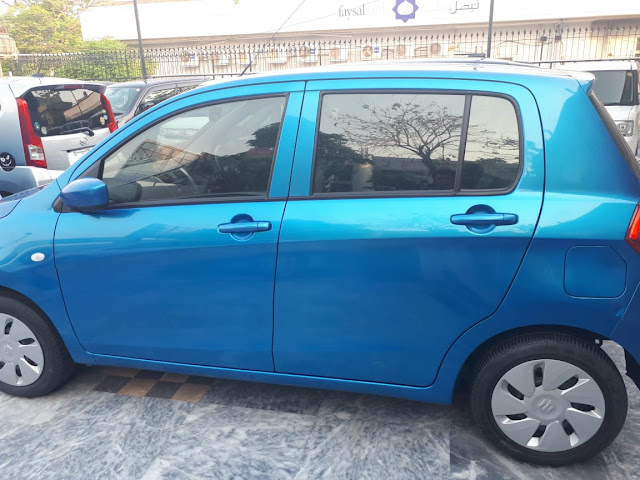 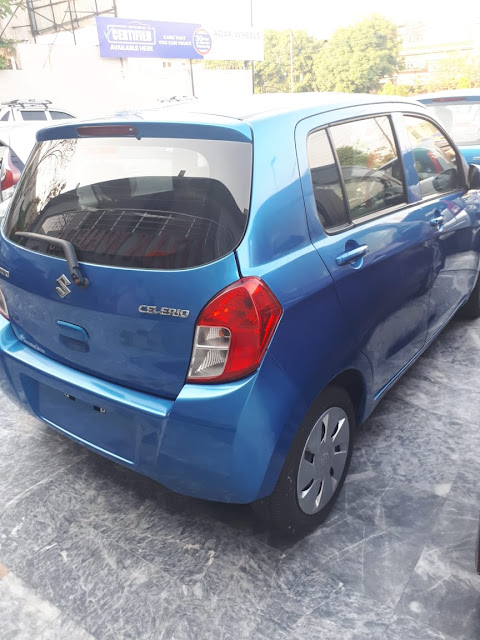 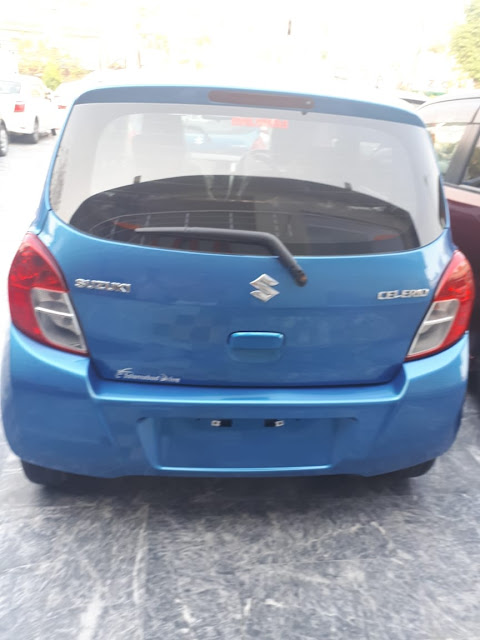 The interior of the car is made spacious with highly sophisticated features ensuring all requirements for a family car. The color theme in the interior cabin is black with a fabric covering on seats. It is equipped with all basic features including front airbags, air conditioner, cup holders, power door locks, power steering, power windows, power mirrors, DVD player, radio, front speakers and rear speakers, USB and auxiliary cable option, keyless entry, and heater. Suzuki Celerio has a large cabin area and the interior is featured to give maximum space and comfort to passengers with larger boot space, headroom, and larger legroom along with shoulder room. The stylish interior is all owned due to a sharp and angular front mask with enlarged character lines flowing in the rear profile styled for aerodynamics. It does offer a safety kit as a standard for all variants. 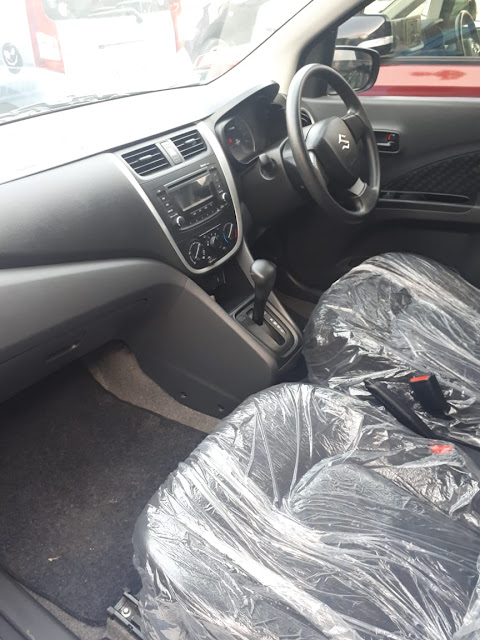 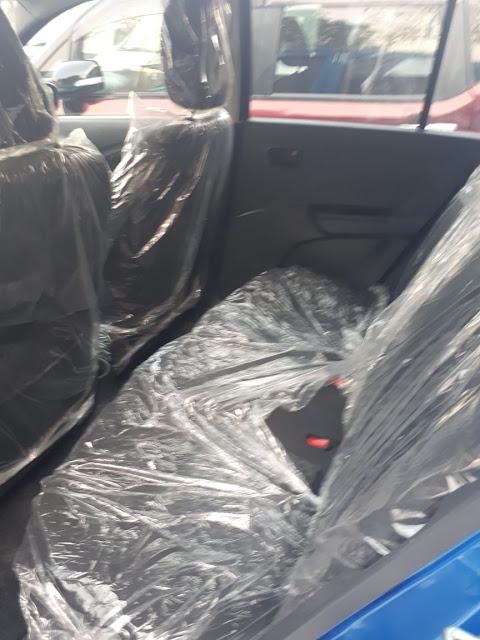 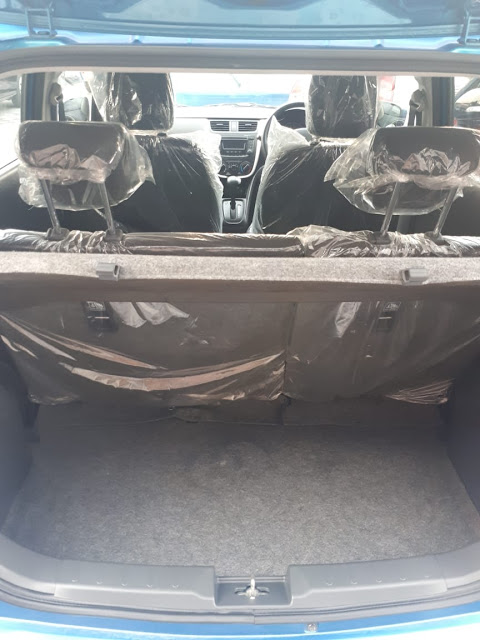 Major competitors in the market:

It is running successfully in Pakistani auto markets because of its all marvelous features but no doubt a heavy competition is faced by it in the market with Suzuki Wagon R, Toyota Vitz, Toyota Passo, Mitsubishi Mirage, and FAW V2. All these competitors are the heart of family hatch back and excluding the imported versions if we consider the locally assembled Suzuki cars then it is highly recommended and has a high demand in markets so Suzuki Celerio has to face the competition with cars of its own manufacturing company.

It is a very economical car that has a high demand in the market because of its affordability. It is a family car with a budget-friendly price and has a starting price of 14.4 lacs Pakistani rupees and ends with 16 lacs Pakistani rupees which is fairly competitive as compared to other cars of its class.

Suzuki Celerio 2018 was a hit car of India with an average sale of 8000 plus cars in a month becoming the tenth highest most selling car of India. Similarly, it was the most favorite car of Pakistani automobile market too with a huge amount of sales becoming one of the most common cars in Careem and Uber usage after Wagon R.  Similarly the 2019 model is also becoming famous in markets because it is featured with all standard specifications including airbags for front, anti-lock braking system, speed warning alarm, and seat belt warning alarm. Apart from this, the facelift has been redesigned with sleek and stylish looks. It is available in UAE at the price of 31,900 AED and India is selling it with a starting price of 4.30 lacs Indian rupees and it is available in Pakistan with a starting price of 14.4 lacs Pakistani rupees. Kia Picanto is also expected to give tough competition to Celerio in the Pakistani market. But if you are planning to buy the Celerio 2019 then there are many plus points that will help you make your decision in purchasing this car. Its engine works efficiently giving high acceleration and providing a firm suspension so the car does not give jerks on bumpy roads and speed breakers. Handling of the car is also smooth ensuring that it does not sway to and fro when making twists and turns on roads. Steering control can be made a little better but it works well on low speeds. The manual transmission version is excellent with the least engine noise and vibration. Overall it is a very economical car featured with best and advanced technology and we expect a good business of it our country and it is expected to be seen more frequently on roads of our country. 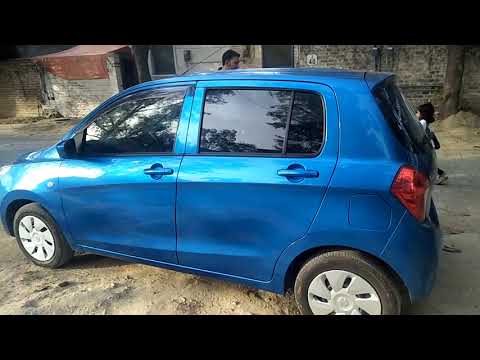