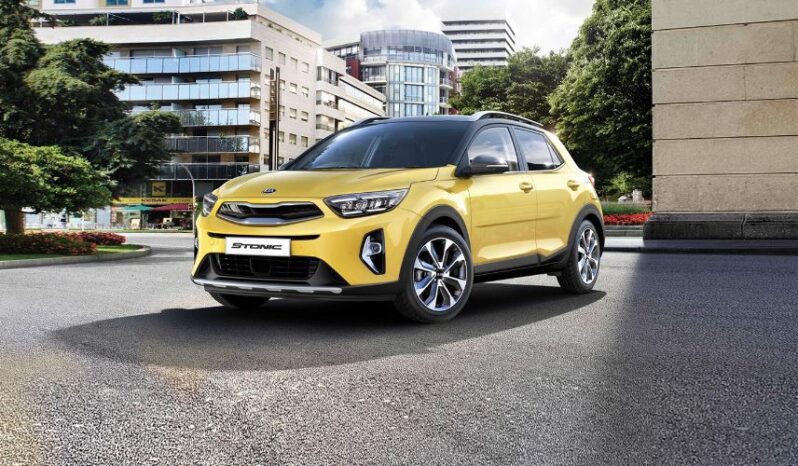 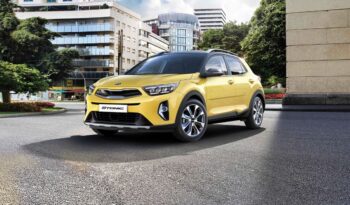 Kia Stonic, as the name tells, is the Speedy and tonic car introduced by Kia Motors. It was unveiled on 20th June 2017 as a subcompact crossover SUV, and it is known as Kia KX1 in China. It is built on the Hyundai-Kia GB platform and is a front-engine, front-wheel-drive SUV that offers various engine options. Unfortunately, the Kia Stonic was discontinued from South Korean automobile markets in 2020 due to poor sales. Kia Motors bring Kia Stonic to Pakistan in collaboration with Lucky Motors. Kia Motors Pakistan imported three Kia Stonics in Pakistan to do several road tests on it to be locally assembled here and it’s been launched after thorough testing. SUVs have become quite popular in Pakistan, as the people have welcomed the SUVs with a big heart, so the company is expecting to give a good competition to all the existing SUVs here. The Kia Stonic launched in 2022. Kia is also planning to launch four other cars in the coming years, and that includes Kia Rio, Kia Cerato, Kia NIRO, and Kia Stinger.

In Pakistan, Kia Stonic has been launched in two variants EX and EX+ among which the EX+ is the higher variant that has many extra features. The Major Difference between the variants is given below:

Both the Variants of the Kia Stonic are available with four different engine options;

All engines of Kia Stonic deliver efficient performance. Still, if we specifically talk about the 1,4 liters dual CVVT engine, it gives you high performance and efficiency, mated with 6-speed automatic transmission. The 1.0 liters turbocharged engine is the real star with no doubt as it spools up quickly and delivers you the fuel economy similar to a diesel-powered engine. On the whole, Kia Stonic offers a firm suspension that allows you to turn the vehicle around curves and corners with the minimum body roll. You may feel a bit nibbling on the wheels while turning, but it doesn’t affect the quality of the ride. The steering is light-weighted, and the car doesn’t seem nervous, so you can enjoy comfortable handling to give you a comfortable ride. Although it is an SUV, it is not available in the all-wheel-drive feature. The acceleration of the Kia Stonic is remarkable, and its 1.0 liters petrol-powered engine takes 10.4 seconds to sprint from 0 to 60 miles per hour while the 1.4 liters engine car takes 12.2 seconds to accelerate from 0 to 60 miles per hour. The Kia Stonic has a responsive engine, and it settles down at cruising speed in 2nd or 3rd gears. The transmission is smooth, and the gearbox is speedy, requiring fewer efforts from the drivers. The diesel engine is quite economical, and it requires more pulling power than the standard petrol engines. The diesel engine takes 10.5 seconds to accelerate from 0 to 60 miles per hour. It offers you great practicality and can be used for everyday tasks or even for small off-road adventures. Still, the off-road driving ability of the Kia Stonic is not much exceptional as other SUVs.

Kia Stonic has an attractive exterior body with an eye-catching tiger-nose grille on the front and sleek projector-type halogen headlamps. The LED daytime running lights assists in driving in all conditions, and the rear end has a traditional SUV style. The rear combination lamps look equally beautiful, and the tailgate is power-controlled. The crossover styling is displayed with an increased height, and the roof rails are seen in its exterior. Kia logos are stamped on the front and rear end of the car, imposing a bold stance, while the sportiness of Stonic is enhanced with its 16-inches alloy wheels.

The inside of Kia Stonic gives you both comfort and style. It offers two rows of seats with leather upholstery and provides a seating capacity of five adults. The rear seats folded easily to increase the space in the cabin for transporting goods or luggage. The steering wheel is multi-functional, so its features are just one button away from the driver, increasing his convenience. It has a 3.5 inches TFT LCD multi-functional screen that works as an instrument panel and assists the drivers by giving them basic vehicle information. You are also given a USB port and a 12V socket for charging your mobile phones. Single-zone automatic climate control feature controls the temperature inside the cabin in comfortable ranges. There is an 8-inches touch screen display mounted on the dashboard that gives you infotainment and is compatible with Android Auto and Apple Car play interface. A total of six speakers are offered inside the cabin that offers you good quality of sound, and the Smart Entry and Push-Start Button further ease you in starting the car.

As the Safety ratings of Kia Stonic are not much appreciated and have received only 3-star ratings by Euro NCAP (New Car Assessment Program) but provide various safety features. Some of them are as follows: 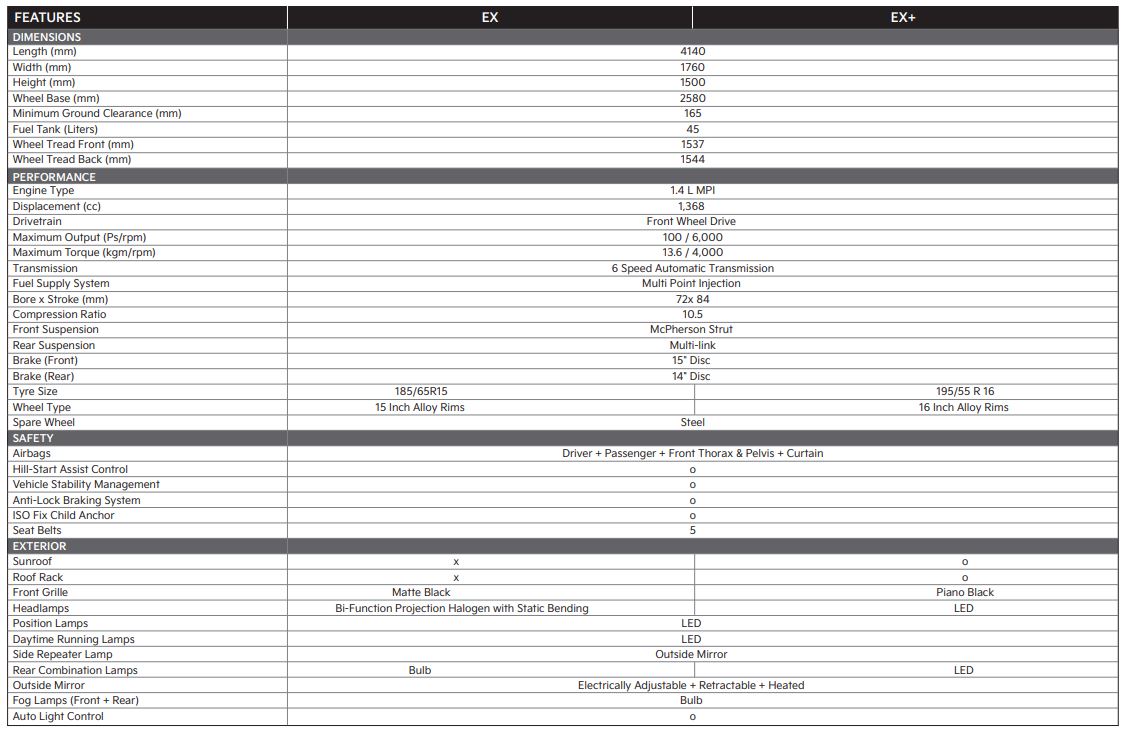 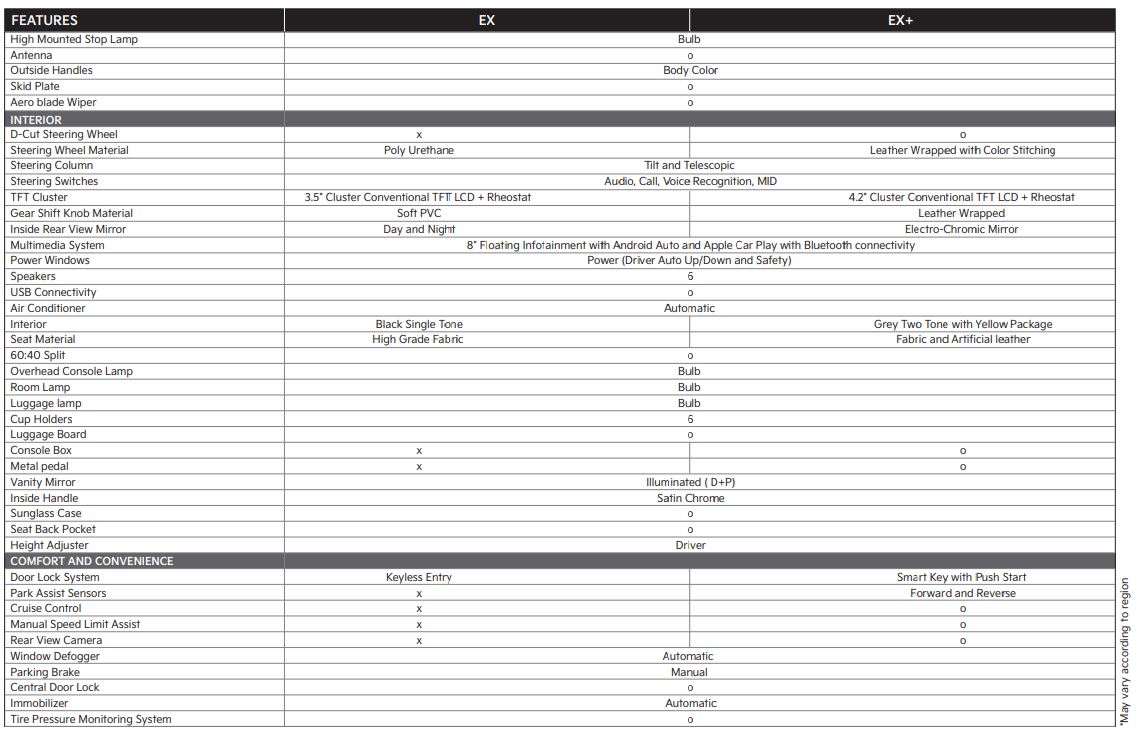