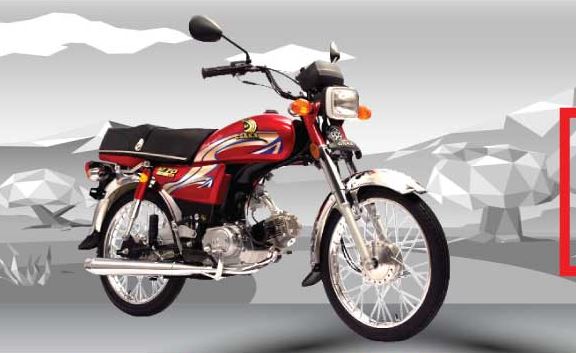 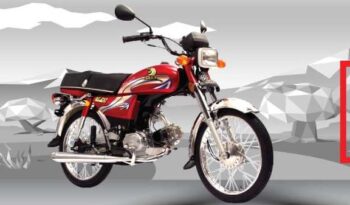 Osaka Automobiles have been manufacturing and assembling automobiles, including motorbikes and auto rickshaws for Pakistan, since 2007. The motorcycles of Osaka come among one the largest selling with good quality and low prices. The Osaka AF70 is the newly introduced motorbike by Osaka, and it has its assembly plant in Karachi. The Osaka AF70 is built on Japanese manufacturing technology and gives high quality making it popular in the market. The market of 70cc bikes is quite competitive these days, and we have seen much variety in 70cc bikes, including both local and Chinese companies. In this highly competitive market, the Osaka AF70 has gained much demand in the market. Some reasons that make Osaka AF70 more demanding are that the company gives six months of the engine’s warranty period urges customers to choose Osaka AF70. It comes with eye-catching graphic stickers and the latest switch assembly, which can be controlled with the left hand. The Osaka AF70 has eco-friendly brakes and a 4-stroke engine that performs well. The Osaka AF70 has an affordable price that makes it easy for the lower class to afford it and the durability of the Osaka AF70 makes it stand out among competitors. The bike’s resale value is promising, and you don’t have to worry about its spare parts because they are purchased all over the country.

The Osaka AF70 gets its power from a 4-stroke, OHC, single-cylinder, air-cooled engine with a displacement of 70cc. It has a compression ratio of 8:8:1 and offers multiple wet plate clutches. It provides a 4-speed continuous mesh transmission, and one good thing about Osaka AF70 is that it changes gears smoothly, so the overall quality of the ride is not affected. The non-asbestos Eco-Friendly brakes of Osaka AF70 are much softer than the asbestos brakes, create less noise, and are easy to apply. The brakes are applied smoothly, and it keeps the ride quality high. The Osaka AF70 claims its bike has a high-quality performance, and we have noticed a comparatively better performance from Chinese bikes. The Osaka AF70 has a kick-start technology, and it starts the bike quickly, but the self-start mechanism is not offered in it. There is another 70cc option in Osaka bikes, which is Osaka AF70 Thunder which offers a self-start mechanism so the rider can start the bike with lesser effort within no time. The suspension system is also well-tuned, and you can ride the bike smoothly over breakers. The Osaka AF70 has a ground clearance is 140 millimeters which is better than other 70cc bikes that offer a ground clearance of 130 millimeters. It makes the suspension feels soft and lets you ride the bike with more fun.

The Osaka AF70 has an elegant design with similar features as other 70cc bikes. It has an overall length of 1900 millimeters, a width of 760 millimeters, and a height of 995 millimeters. It has a dry weight of 82 kilograms. It is available in red and black exterior colors. There is a bright headlamp at the front, and side indicators, assisting you in the ride. Osaka graphics are added all over the bike beautifully, and the handlebars are strong so you can grip them tightly. The speedometer is simple and has a clear display. It has a seat with back support for the passenger, and the seat height is enough for the rider to ride the bike comfortably. A switch assembly is controlled easily with the left hand, and the side covers are strong and come with a lock. The 17-inches tires at the front and back give good road grip and look stylish. The bike’s build quality is good and makes its maintenance cost low. It is impressive for all customers because every customer wants such a durable vehicle, and he has to spend less money on its maintenance.

Most users are satisfied with the Osaka AF70. The engine has a warranty of 6 months, and customers always go for such products that have a guarantee for a longer time. The Osaka AF70’s performance is good, and the ride quality is kept high, as noticed by the users. The suspension system works excellently, and the brakes also work fine, which keeps the performance high. The seat is felt comfortable by the users, and the back passenger can ride easily behind the rider. Sometimes 2 to 3 children are also seen sitting at the back. The gears are changed smoothly. The users are also satisfied with its fuel efficiency. They have around 50 to 60 kilometers in one liter and use their bikes for everyday chores. The Osaka AF70’s handling is impressive. It is used by beginners who have less road confidence. The motorcycle works best at medium speeds, and riding it at higher speeds may affect the quality of the ride. The bike’s resale value is good, urging customers to purchase it, while the spare parts are also readily available throughout the country. 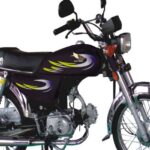 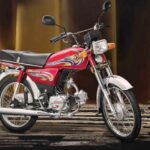 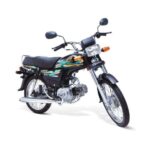 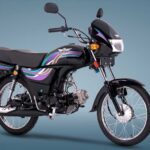 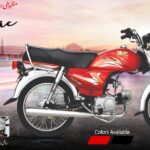 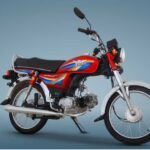 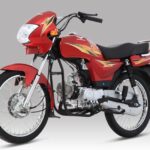 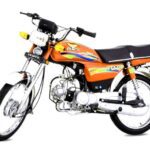 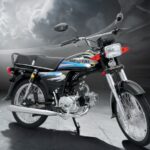 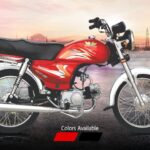 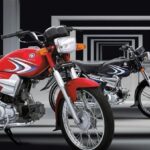 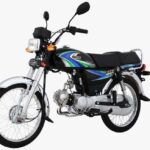